Passenger on the Pearl: The True Story of Emily Edmonson's Flight from Slavery by Winifred Conkling 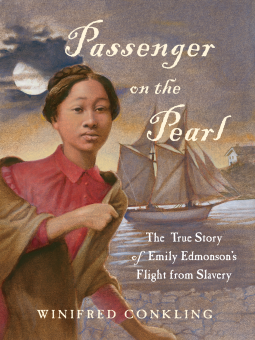 The page-turning, heart-wrenching true story of one young woman willing to risk her safety and even her life for a chance at freedom in the largest slave escape attempt in American history.

In 1848, Emily Edmonson, thirteen, along with five siblings and seventy other enslaved people, boarded the Pearl in the Potomac River in Washington, D.C., in a bid to reach freedom. Within a day, the schooner was captured, and the six Edmonsons were sent to New Orleans to be sold. Emily and Mary were saved from the even crueler conditions when the threat of yellow fever forced their return to Virginia. They were eventually ransomed with the help of their parents and abolitionists, including Harriet Beecher Stowe, who later used them as models for characters in Uncle Tom’s Cabin. Both girls went to Oberlin College, where Mary died of tuberculosis. Emily graduated and became a teacher at the first school in Washington, D.C., dedicated to the education of African American girls and young women--an idea so controversial that even Frederick Douglass advised against it. Emily also worked on behalf of abolition for the rest of her life.

Passenger on the Pearl illustrates a turbulent time in American history as seen through the daily lives of enslaved people; the often changing laws affecting them; the high cost of a failed attempt to reach liberty; the fate of all fourteen of the Edmonson children and their mother, Milly, whose goal to die a free woman shaped the lives of all her children; and the stories of the slave traders and abolitionists whose lives intersected with the Edmonsons’.

With more than fifty period photographs and illustrations. 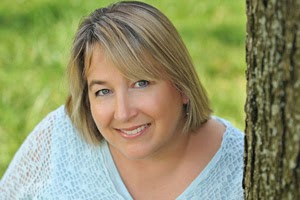 I was born on May 27th in Chevy Chase, Maryland. I spent my childhood in Maryland, Florida, and Indiana. I'd like to say that's where I grew up, but too many people tell me that I've never grown up at all. I now live in Northern Virginia with my husband, three daughters, a dog, two rats, a horse, and quite a few squirrels and chipmunks in the backyard.
I like to try new things. I have:
I started writing stories in elementary school. In college, I studied journalism and later worked as a writer and editor at various newspapers and magazines. I also wrote more than 30 non-fiction books for grown-ups.
But what I really wanted to do was write fiction for children. Frankly, I found it really hard to make up good stories. I went back to school and earned a Master of Fine Arts in Writing for Children and Young Adults from the Vermont College of Fine Arts. It’s still really hard to make up good stories. But I love it!

Passenger on the Pearl is an eye opening, and should be mandatory read for all teens, a very sad part of American history. The story focus on the Edmonson family, from the marriage of their parents, where their mother loved their father but was reluctant to marry, because she didn’t want her children in slavery.
When six of the couples fourteen children make a strike for freedom, their parents are heavy hearted, but happy that they may finally become free. Wouldn’t we all want this for our children, but being children of color, they were illiterate; it was illegal to learn to read. Sad but true, as the many side articles that accompany this excellent story show the law in description. All of the Edmonson children were poised, proud, and pious, and raised with strong moral and religious values.
As we travel with these six family members, we see the horror of slavery; the cruel and heartless things that happen are given faces of these young ones. As this is based on a true story, it makes me feel worse, because now I know them, and my heart breaks for them.
I recommend this book highly, and although you will need tissues handy, continue reading, it is a real eye opener. Be sure to follow this to the end of the book, I marvel at what God put in front of these people. I’m glad for once I didn’t live during this blight on our history, but on a side note some important things happened not to far from where I reside in Cazenovia NY.

I received this book through the publisher Algonquin Books, and was not required to give a positive review. 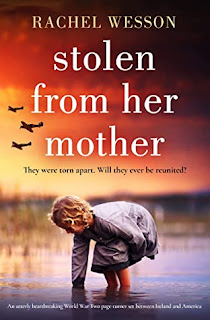