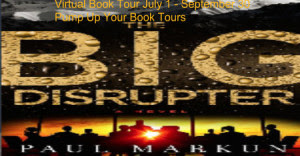 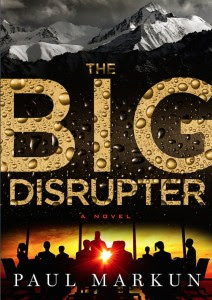 Title: The Big Disrupter
Author: Paul Markun
Publisher: Portfolio
Publication Date: June 13, 2014
Pages: 454
ISBN: 978-0-9914862-0-5
Genre: Thriller
Format: Paperback / PDF / eBook
An anonymous donor creates a prize for One Billion Dollars to inspire social entrepreneurs to promote world change. Lionel Lane, an idealistic entrepreneur, partners with his brilliant ex-girlfriend Maxine Gold to turn around his struggling San Francisco-based company Double Vision Beverages to compete for the Big Disrupter Award. With the help of a venture capitalist and an eccentric financier, Double Vision expands into energy drinks using the pure water from the mountains of Telluride, Colorado. Talented 21-year-old extreme skier, Reddi Christiansen, becomes the face of their quest for the youth market. One by one the leading competitors in the Big Disrupter fall victim to unexplained tragedies. The police are mystified. The prize for social good becomes a death trap, but too rich to resist. Desperate for protection, Lionel, Maxine and Reddi enlist a former Navy SEAL cyber guru. The faster they race towards the approaching award deadline, the more the escalating dangers threaten to spin them off a cliff. 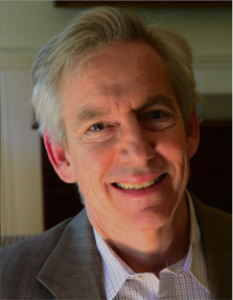 Paul Markun grew up an entrepreneur and dreamer, starting with his first paper route at age nine in the Canal Zone of Panama. Living in Telluride, Colorado, he started four companies with best friends before he was 24, including Fly By Night Builders, The Illusions Company, High Country Trekkers–you get the idea; great names, cool ideas, not much income. He moved to Silicon Valley, got more education and tech experience, and started SoftIRON Systems and Fullspeed Networks, and rode the wave of the late 1990s to success. He sold SoftIRON Systems to the Williams Company (WilTel), a Fortune 300 company. In 2001 his company Fullspeed was acquired by Callisma, which became Pac Bell and then AT&T. You know them, right? In the first decade of the 2000s, he joined fellow entrepreneurs to lead marketing for Netcordia, which later IPO’d as Infoblox (NYSE:BLOX). He also ran marketing for Sitecore, a web software company, growing it 10 X from an $8 million fledgling niche provider to an established global corporation. Paul continues to be involved with emerging companies to this day. Paul met his wife Rachel, an attorney, when he was 18 and she was even younger at the University of Chicago. Their fountains of inspiration are their two sons and a daughter. A passionate story teller, he turned his energies to writing about topics and characters close to his own heart. His first novel is The Big Disrupter.
Connect with Paul Markun: Website:  http://www.paulmarkun.com/ Facebook: https://www.facebook.com/paul.markun Facebook (Fan Page): https://www.facebook.com/thebigdisrupter Twitter: https://twitter.com/pmarkun Goodreads: https://www.goodreads.com/author/show/8304205.Paul_Markun
at August 25, 2014