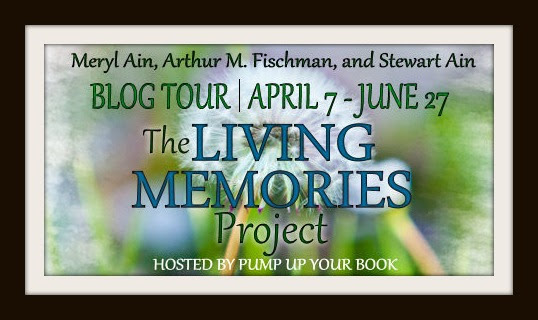 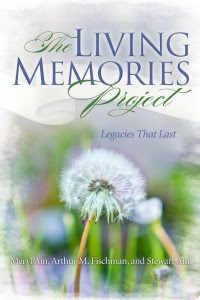 Three years after the death of her mother, Meryl Ain was still unable to fill the hole that the loss had left in her life.  In talking to friends, Meryl discovered an insight shared by those who had successfully overcome grief; there simply is no closure.  It was a breakthrough for her. She writes, “Our loved ones will always be with us if they are not forgotten. It is up to us to integrate them into our lives in a positive way that reflects their unique personality, values and spirituality. In that way we keep them alive in our hearts and minds always.”
Meryl enlisted the help of her brother, Arthur Fischman, and her husband, Stewart Ain, and began a quest to interview people who had moved beyond mourning through meaningful action. The Living Memories Project: Legacies That Last by Meryl Ain, Ed.D., Arthur M. Fischman, & Stewart Ain (March 2014, Little Miami Publishing Company, Trade Paperback, 196 pages, $18.95, ISBN:978-0-9882553-7-1) is a result of that research.
The Living Memories Project presents more than 30 interviews with both celebrities and others who share their experiences and the projects they undertook to memorialize their loved ones. The authors have sought to demonstrate that any tribute, big or small, can be a meaningful way to preserve memories of loved ones. Establishing a foundation or scholarship, using a recipe on a particular holiday or family occasion, creating artwork, embarking on a project or even an entire career – all could be traced to a specific talent, interest or value of the deceased.  Each chapter offers a rich first-person history that will engage and inspire readers of all faiths.
Among them are:
Not everyone can create a foundation, fund an orchestra or make a documentary film, but the authors’ hope is that readers will find inspiration from the wide range of actions they read about. The authors are currently compiling narratives for the second volume of The Living Memories Project and welcome input from readers. 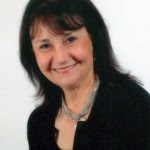 Meryl Ain holds a BA from Queens College, a MA from Columbia University Teachers College, and an Ed.D. from Hofstra University. She began her career in education as a social studies teacher before she became an administrator. She is also a freelance writer specializing in issues related to education, families, parenting, and children and has contributed to Huffington Post, Newsday, the New York Jewish Week and The New York Times. She embarked on The Living Memories Project after she lost both her father and mother within a year-and-a-half. She and her husband Stewart live on Long Island and have three sons, three daughters-in-law and three grandchildren. 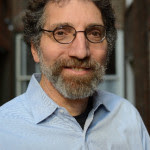 Arthur M. Fischman holds a BA from Queens College and a JD from Temple Law School.  He is a freelance writer whose video and interactive scripts have won numerous awards, including a Telly, an ITVA Silver Award, and a New York Festivals Bronze World Medal. He co-wrote the award-winning documentary Digital Dharma and has written radio, TV, and print ads for leading consumer product manufacturers.  Arthur is a veteran speechwriter and ghostwriter, and was director of executive communications and internal communications for a Fortune 500 company. He, his wife, and their two daughters live in Philadelphia, where he also writes plays and moonlights as a jazz pianist. 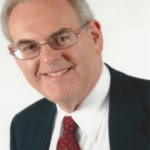 Stewart Ain is a graduate of CW Post College and holds a MA from the Columbia University Graduate School of Journalism. He is an award-winning journalist with more than 40 years of experience, and was a Pulitzer Prize nominee three times. He has reported for The New York Times, New York Daily News, New York Jewish Week, Long Island Business News and Lifestyles Magazine. Stewart frequently appears on television and radio, and hosts his own weekly cable TV program, Jewish Life, and has been a regular guest on The Leon Charney Show.   Both his parents died while he was working on The Living Memories Project.

Liz and Steve Alderman of Westchester, New York, set up the Peter C. Alderman Foundation to honor the memory of their twenty-five-year-old son, who was killed on 9/11 at the World Trade Center. In the past seven years, the foundation has trained 385 doctors in twenty countries on four continents and opened nine mental health clinics to treat posttraumatic stress disorder (PTSD) and mental depression in countries such as Rwanda, Haiti, Uganda,and Cambodia. The foundation-trained staff has treated more than one hundred thousand patients and has partnerships with the governments of Rwanda, Angola,and Cambodia. Barron’s named the foundation one of the ten best smallfoundations or charities in the United States. The Aldermans received the Purpose Prize, which honors American social entrepreneurs over
the age of sixty.
SHORTLY AFTER HE DIED, his friends needed to be together and to be with us. So his friends got in cars from all over the country and drove here. We ended up having over 250 of his friends at our home a week and a day after hedied.His hobby was relationships. He was not the honor student who became an honor student after he died. His brother, who is six years older, said when I grow up I want to be like Pete. In fact, we have an arm of the foundation called Friends of Peter Alderman. These kids every year get together and raise money for the foundation. They raise a lot of money. They just had a walk-a-thon that netted over seventy thousand dollars. These are his friends and they are still part of our lives. The tough part is, we are invited to their weddings and they bring their children to see us. It’s very difficult, but we would still rather have them in our lives than not.We knew we had to create our own memorial for Peter. We really didn’t know what to do. And then we saw a Nightline broadcast that said one billion people in this world—one-sixth of humanity—have directly experienced torture terrorism and, of those who have survived, over 50 percent suffer debilitating traumatic depression and post traumatic stress disorder. They can’t work, children can’t go to school, and some people can’t even leave their beds.There was nothing we could do for Peter, but if we could return the survivors of terrorism to life, then that would be the perfect memorial because Peter so loved life.We are building and contributing significantly to the evidence that tells us that psychiatry in postconflict countries is at the center of recovery. On a personal
level, the work is terribly, terribly important. It is a reason to get out of bed every morning and function at ahigh level. We feel really, really good about the people we are able to help and the doctors we are meeting along the way.The main reason for starting this is that we wanted to leave a mark that Peter existed on this earth. He died at a very young age. We believe that we have left a profound and indelible mark that Peter existed; the world is a better place because he lived. Peter loved life and if we can return people to life so that they can live their lives, that is the perfect way to memorialize him….


Their latest book is the nonfiction, The Living Memories Project: Legacies That Last.