India 1990. In the final book of the Blessings of India series, Shridula, old and stooped at fifty-nine, makes her painful way to pay homage to the elephant god Ganesh, lord of success and destroyer of evils and obstacles. Why are we Hindus instead of Christians her seventeen-year-old granddaughter Divena asked. Because we are Indian, said Shridula. So begins a spiritual journey for Divena as she struggles against an entire culture to proclaim a faith close to her heart while rocking the world of two families. 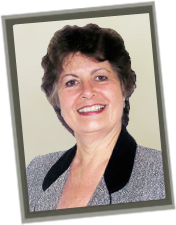 Kay Marshall Strom is the award-winning author of 36 books.  She has also written numerous articles and prize-winning screenplays, and has contributed to various compilations, including editions of the NIV devotional Bible. While best known as a non-fiction writer, her historical novel trilogy, Grace in Africa,has met with wide acclaim: The Call of Zulina won starred reviews, and The Voyage of Promise, a place on American Library Association’s list of Top Ten Inspirational Fiction for 2010. (The Triumph of Grace will be released in February 2011).  Her second trilogy, Blessings in India, will begin release in the fall of 2011.
For 10 years, Kay taught writing classes through the California State University. With husband Dan Kline, she designed and directed the Writers’ Certificate Program for Cal State, Long Beach.  Invited to India to teach writing, she began her “Give a Voice” workshops for those in other countries who so often go unheard.  She and Dan have written fifteen booklets to help writers perfect their craft.
Kay travels widely.  Much of her writing circles around the Christian’s call to “do justly, love mercy, and walk humbly with your God.”  She speaks at seminars, retreats, writers’ conferences, and special events throughout the country and around the world, often on topics of Christian response to social justice and global mercy.  Because Kay loves to travel, it is fitting that in her free time she enjoys speaking aboard cruise ships in exchange for exotic destinations for Dan and herself. She and her husband, who both lost their first spouses to illness, have four grown children between them and four grandchildren.

I just finished this look into India's cast system. I cannot even imagine living under these conditions.
Anjan has been dropped at her Grandmother's door...almost literally. Can you imagine naming your daughter "Fear"? Her Grandmother changes her name to Divena ,"Divine Blessing"!
When you read what Divena's father has done to her younger sister, to make her a beggar...make sure you have tissues handy.
I love the way some of the things work out in this story. Learning to read....is the answer. Also with the help of our Lord, a group of these people become Christians. What a difference believing in Him brings to their lives.
To me this Caste systems sounds a lot like slavery in this country. Whippings, branding, beatings, and more! Such injustice.
This is the third book in this series, but it can be read alone. Don't miss this eye opening book!

I received this book through Pump Your Book Publicity Tours and the Publisher Abingdon Press, and was not required to give a positive review.