Revell Presents: A Flight of Fancy by Laurie Alice Eakes 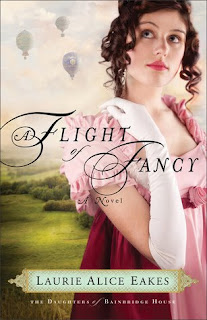 Her head is in the clouds. His feet are planted firmly on the ground. Can love cover the distance?

Cassandra Bainbridge may be a bit of a bluestocking, but when Geoffrey Giles is near, love seems a fine alternative to passion for Greek and the physics of flight. With his dashing good looks and undying devotion to her, the earl of Whittaker sets Cassandra's heart racing with his very presence. It seems his only flaw is his distaste for ballooning, the obsession that consumes so much of her thoughts.

When a terrible accident compels her to end her betrothal, Cassandra heads for the country to recover from both her injuries and her broken heart. With time on her hands and good friends to help her, she pursues her love for ballooning and envisions a future for herself as a daring aeronaut. But when Lord Whittaker slips back into her life, will she have to choose between him and her dream? 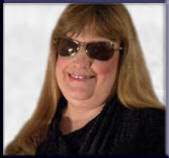 Bestselling, award-winning author Laurie Alice Eakes used to lie in bed as a child telling herself stories so she didn’t wake anyone else up. Sometimes she shared her stories with others; thus, when she decided to be a writer, she surprised no one. Family Guardian, her first book, won the National Readers Choice Award for Best Regency in 2007. In the past three years, she has sold six books to Baker/Revell, five of which are set during the Regency time period, five books to Barbour Publishing, as well as two novellas to Barbour Publishing and one to Baker/Revell. Seven of her books have been picked up by Thorndike Press for large print publication, and Lady in the Mist, her first book with Revell, was chosen for hardcover publication with Crossings Bookclub. She also teaches on-line writing courses and enjoys a speaking ministry that takes her from the Gulf Coast to the East Coast.

Laurie Alice lives in Texas with her husband, two dogs and two cats, and is learning how to make tamales.

I had a hard time getting into this book. I felt the character Cassandra was quite self centered. She did refer to her dusty bible, so she was not following where God wanted her to go.
There were some horrific accidents??? Or attempts on either Cassandra or Geoffrey lives.
I found Lord Whittaker with a lot of compassion, he cared deeply for Cassandra, his Mother, and the workers at his factories. He seemed to realize the plight of his workers, and hoped to help them. Some interesting facts come out about the Mills vs home looms. When the men were at home and their wives saw them all day, there wasn't the tendency to stop at the Tavern on the way home and spend their wages! There is a lot of action going on and a lot "fires". We also have shootings and stabbings. Interesting read that will surely keep you entertained.

I received this book for Revell Publishing and was not required to give a positive review.

Available October 2012 at your favorite bookseller from Revell, a division of Baker Publishing Group
at October 30, 2012