First Wild Card Tours Presents: You Cannot Find Peace Until You Find All The Pieces by Marie Maiden

***Special thanks to Marie Maiden for sending me a review copy.*** 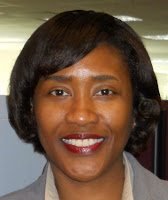 Ms. Marie Maiden is the youngest of five children. She was born in Washington, DC on May 24, 1964, her parents separated when she was very young. She was raised by her mother and grandmother. During the teenaged years of her life certain decisions were made for her life that created problems for her that she never imagined or intended. The book “You Cannot Find Peace Until You Find All The Pieces” is the story of what Marie did to save her life from complete ruin.

This book titled “You Cannot Find Peace Until You Find All The Pieces” chronicles a search for my father, a man I desired to meet face-to-face. The searched lasted eighteen years. It led me to discover my ancestry, which provided the documentation that I needed to finally locate my father. I was able to find the plantation where my dead ancestors lived as slaves and brothers and sisters whom I didn’t know existed before I found my living father.

This work also chronicles the role of God in my life and how my belief in Jesus Christ has transformed me and given me the strength to overcome a less than desirable childhood. Prior to this personal transformation, I held on to many regrets from my childhood. The most consequential of these was a teenage pregnancy and my life as a teen mother.

From Whence They Came

I was lost and I was searching for my soul. Although I didn’t know it then, in order to truly find it I had to go back in time, about two hundred years to be exact.

About eighteen years ago, I started searching for my biological father. He had abandoned my family many years earlier. In the process of searching for my father, I ended up uncovering the lives of my ancestors. They arrived in colonial Virginia from the West Indies. I know the history of my people today because of a need to find my biological father. I did not begin with a desire to trace my family lineage. I had no particular concern how far I could trace my family name. I did not intend to go as far back in ancestral time as the West Indies. I just needed to find my father. That’s how it all started for me.

My goal was to find him. I did not set out to learn about my ancestors. It just happened to work out that way. It seems normal to me that one would want to know who, what, and where their father is. However, for me, it became an obsession. As I searched for my father, I imagined him to be living in a rundown studio apartment somewhere. I thought that he would be a hard-core alcoholic on his last legs. I didn’t picture him as a family man, even though I knew he produced many children with several different women. I did not have a storybook image of him at all. In my imagination, there was a picture of my dad as being a booty-chasing wild man.

I just wanted to find him, to look at him, and maybe to get to know him in order to fill the void that I had in my heart. As I continued my search, it turned out to be easier to find people who had lived over two hundred years ago, who were now dead, than it was to find him.

It’s funny how some things turn out. I was able to find the plantation where my— dead—ancestors lived as slaves before I found my—living—father. I guess God wanted me to know exactly where I came from. I guess I needed to thoroughly uncover the roots of my family tree in order to make sense of my life. I needed to gain a full understanding of my ancestry in order to gain an appreciation for the trials that they overcame.

As for my family, and most African Americans in the United States, my ancestors came to this country by way of the slave trade. On my father’s side, my family came to Virginia from the West Indies. According to Susan Westburg, in her article “From Whence They Came,” the earliest and the richest British overseas possessions were the West Indies. Britain became the most efficient and prosperous slave-trading country ever seen in the history of the world.

In 1607, Virginia was neither a haven for religious freedom, nor a penal colony. It was an extension of the British Empire. It was a colony set up to make money for the mother country, England, and Virginia gained its wealth from the full-scale exploitation of slaves.

In the seventeenth century, Europeans began to establish settlements in the Americas. The English settlers divided their land into smaller units and ran them under private ownership. This division of land functioned as a plantation system.

Between 1699 and 1703, historical records show that thirty-two slave ships entered Virginia from Barbados, Jamaica, and Nevis. The slave trade route between the West Indies and Virginia was separate and distinct from the African slave-trading route. Overall, the practice of slavery in the Caribbean and the Americas touched the lives of approximately 12.1 million enslaved people and their descendants.

The masters of the slaves saw it as an economic necessity. There was a great need for physical labor in the planting, harvesting, and managing of the plantations. The slave trade developed into a sophisticated, albeit inhuman, chain of supply and demand.

Ship builders built the slave ships for the voyage. Manufacturers provided goods for trade. Agents insured the items and bankers financed the whole enterprise through loans and mortgages. Sugar refineries and clothing manufacturers functioned at full capacity to keep the supply up. The expansion of the plantation system increased the demand. This highly profitable system brought vast economic wealth to Europe, America, and many other countries.


Copyright © 2012, Marie Maiden
All Rights Reserved
No reproduction of this book in whole or in part may be made without the expressed written authorization of the author.
Manufactured and Printed in the United States of America
ISBN 978-1-105-66126-6
Distributed by Lulu.com
My Review:

This is a look at the author's life as she is looking for her father. I had a lot of apathy for her, and the people who entered her life. She searches on and off for over 18 years. She hit a lot of dead ends, and some were right, but led the wrong way.
I did love the fact that she found her way to Christ, and then she found some success in finding her Dad, and some of her other family.
Some parts are so very sad, but she has a sense of humor, and I found myself chuckling at some of the things she said and did!
This is a quick read and the book is not very long..51 pages. Enjoy traveling with Marie in her journey.

I received this book through First Wild Card Book Tours, and was not required to give a positive review.