ABOUT THE WICKED WIVES
When I was an eight year old boy I overheard adults in my South Philadelphia neighborhood discussing 17 disenchanted and unfaithful neighborhood wives who murdered their husbands for insurance money, love and lust. This was a fascinating topic for an eight year old boy eavesdropping on adult conversation. The adults were discussing the true story of Philadelphia’s infamous 1938 murder scandals. My fascination led to obsession. I knew that I had to write about these wicked wives someday.

After I became a trial lawyer in 1964, I researched the poison murder cases in the law library and obtained newspaper accounts of the scandals dating back to October, 1938. Thereafter I conducted interviews with judges, lawyers, police, witnesses, sheriff deputies and neighbors who knew the defendants.

One of the chief conspirators was a tailor who seduced, then persuaded at least twelve wives to poison their husbands for insurance. The setting for his seductions was the couch in the rear of his tailor shop, located two blocks from our family home.

A fascinating conspiracy unfolded in these murder cases. The poison gang’s colorful and hilarious characters helped to deep-six a minimum of 20 husbands. The supporting cast includes Giorgio, “The Don Juan of Passyunk Avenue. ” Aside from scheming Lillian, “the society wife”, the wives include Rose, the “Kiss of Death Widow, ” Eva “the nymphomaniac” and the “hopelessly in love, ” Joanna.

After many comical episodes, intriguing detective work and two suspense filled high profile trials, 12 wives plead or are found guilty of murdering their husbands. Two male conspirators were executed in the electric chair.

“The Wicked Wives” gleefully explores the sins of lust and greed, and the disappointments that love often brings. The characters, although they commit murder and adultery, are extremely likable, and often amusing. Writing “The Wicked Wives” was a true labor of love. 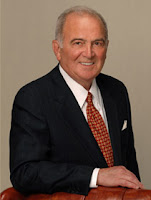 ABOUT GUS PELAGATTI
Gus Pelagatti is a practicing trial lawyer with over 47 years of experience trying civil and criminal cases including homicide. He’s a member of the Million Dollar Advocate Forum, limited to attorneys who have been recognized as achieving a standard of excellence as a trial expert. He has spent years researching the true story of the 1938 insurance scam murders, interviewing judges, lawyers, police and neighbors involved in the trials.

Gus was born and raised within blocks of the main conspirator’s tailor shop and the homes of many of the wives convicted of murdering their husbands.

His latest book is The Wicked Wives.

My Thoughts: What drew me to this book was the title and the fact that it is based on a true story. It takes place in the late 1930's and early 1940's, and is set in Philadelphia PA. Unbelievably 17 woman have murdered or had someone else do it, their husbands. There are other individuals who also pay with their lives.
The mastermind is Giorgio DiSipio, a Rudolph Valintino look alike, womanizer. He seems to have women falling for him all over the place...and then helps them do in their husbands. The main reason...money. They are doing insurance fraud. Some actually do get away with it!!
The Assistant D.A. Tom Rossi, helps uncover the plots, and takes up the case of bring justice. He fights and up hill battle, and encounters some defeat. The story has a lot of twists and turns, and some really big surprises.
My main criticism is there is way to much graphic sex. The story itself is well written, and you keep turning the pages for more information.
If you like reading stories based on fact this is a must read.