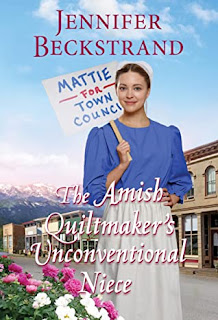 Mattie Zook always stands up for what’s right—which is why she’s been exiled from her Pennsylvania Dutch home to her Aunt Esther’s farm. Outraged at local discrimination against the Amish, she’s using her rumschpringe to run for town council. Esther can only hope that sensible local farmer Freeman Sensenig will help Mattie—and keep her from going too far. But Mattie is soon finding her new campaign manager all too appealing . . .

Freeman never thought that the standoffish, opinionated Mattie would care so much about others. Even more amazing, their differences are somehow making her campaign successful—and have him hoping for more of a future with her. But unexpected obstacles and a sudden romantic rival will put their growing closeness to the test—and give them only one chance to truly reconcile their heart. 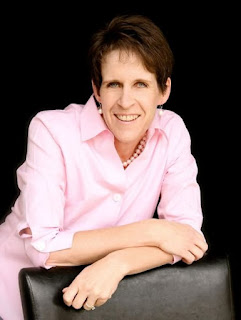 Jennifer Beckstrand is the USA Today Bestselling author of The Matchmakers of Huckleberry Hill series, The Honeybee Sisters series, The Petersheim Brothers series, and The Amish Quiltmaker series for Kensington Books. Two of Jennifer’s books were nominated for the RWA RITA® Award, and she is a #1 Amazon bestselling author. Jennifer has written twenty-eight Amish romances and the nonfiction book, Big Ideas. She has also written two Western historical and two contemporary romances as Jen Spencer. She and her husband have been married for thirty-seven years, and she has six children and eight adorable grandchildren, whom she spoils rotten.

Mattie Zook may be Amish, but she can't stand injustice and keeps making stands, the reason she is now staying at her uncles in Colorado.

She is not here very long when she is at it again, she is supposed to be a pacifist, turn the other cheek, well, when it comes to one person hurting others, she can't stand it! Thus she ends up running for the City Council, can you just picture it? An Amish young woman in government!

Enter Freeman Sensenig, he is Baptized, will he risk being under the ban, or will he end up helping Mattie ? He is living the life of a young Amish man, farming and living his everyday life until Mattie.

With the humor I tend to expect Jennifer Beckstrand had me chuckling and page turning with another of her delightful reads!