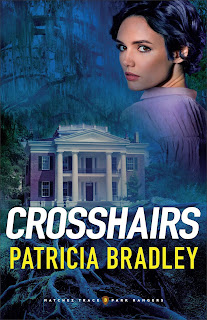 Investigative Services Branch (ISB) ranger Ainsley Beaumont arrives in her hometown of Natchez, Mississippi, to investigate the murder of a three-month-pregnant teenager. While she wishes the visit was under better circumstances, she never imagined that she would become the killer's next target--nor that she'd have to work alongside an old flame.

After he almost killed a child, former FBI sniper Lincoln Steele couldn't bring himself to fire a gun, which had deadly and unforeseen consequences for his best friend. Crushed beneath a load of guilt, Linc is working at Melrose Estate as an interpretive ranger. But as danger closes in on Ainsley during her murder investigation, Linc will have to find the courage to protect her. The only question is, will it be too little, too late? 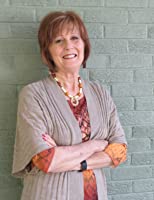 Winner of an Inspirational Readers Choice Award, Patricia Bradley lives in North Mississippi and is a former abstinence educator and co-author of RISE To Your Dreams, an abstinence curriculum.

But her heart is tuned to suspense. Patricia’s romantic suspense books include the Logan Point series set in Mississippi and two sweet romances for Harlequin Heartwarming, Matthew’s Choice and The Christmas Campaign that are available on Amazon.

A Heartwarming Christmas, an anthology written with eleven Heartwarming authors debuted at #81 on USA Today's Top 150 Titles. The Gingerbread Pony is her contribution to the anthology. October 3, 2017, Revenge releases in the anthology, The Kill Zone: Ten Deadly Thrillers. In Revenge, Andi Hollister and Will Kincade's story from Justice Delayed continues...

Her workshops on writing include two online courses with American Christian Fiction Writers and workshops at the Mid-South Christian Writer’s Conference in Collierville, TN. When she has time, she likes to throw mud on a wheel and see what happens.

Now this is the third book in this great series, and yes, it can stand alone!

This is Ainsley Beaumont's story, she is going home again, and she barely opens her car door when the action starts, and your mind will be trying to figure this out, but beware, you will be changing your mind and then going back!

Ainsley is reunited with her old flame Linc, can they both let go of past hurts, and unite to find out whom they are looking for, but you will be holding your breath, there is so much action, you can't let your guard down.

Even when some of the answers unfold, this book keeps giving!

This is Christian suspense at it's finest!

I received this book through Net Galley and the Publisher Revell, and was not required to give a positive review.