Three Sisters (The Tattooist of Auschwitz, #3) by Heather Morris 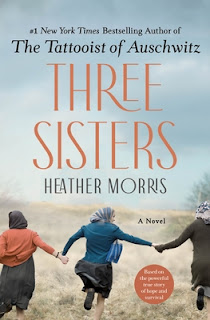 Against all odds, three Slovakian sisters have survived years of imprisonment in the most notorious death camp in Nazi Germany: Auschwitz. Livia, Magda, and Cibi have clung together, nearly died from starvation and overwork, and the brutal whims of the guards in this place of horror. But now, the allies are closing in and the sisters have one last hurdle to face: the death march from Auschwitz, as the Nazis try to erase any evidence of the prisoners held there. Due to a last minute stroke of luck, the three of them are able to escape formation and hide in the woods for days before being rescued.

And this is where the story begins. From there, the three sisters travel to Israel, to their new home, but the battle for freedom takes on new forms. Livia, Magda, and Cibi must face the ghosts of their past--and some secrets that they have kept from each other--to find true peace and happiness.

Inspired by a true story, and with events that overlap with those of Lale, Gita, and Cilka, The Three Sisters will hold a place in readers' hearts and minds as they experience what true courage really is. 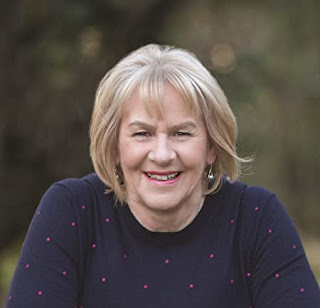 Three young sisters, Livia, Magda, and Cibi, make a promise to their fathers that resonates for the rest of their lives, they will always be there for one another. Never realizing at the time how much that pledge would impact their lives.
The author does an amazing job of bringing this true story to life, and we are along on the journey. Not an easy road, and you might want the tissues handy, but we are aware of the horrors that happened in Europe during the reign of terror that engulfed this horrible time in history.
Travel with these sisters from Slovakia to Auschwitz, on the death march, and finally to the Promise Land of Israel, and the aftermath that affected their lives.
I received this book through Net Galley and the Publisher St. Martin’s Press, and was not required to give a positive review.
at October 05, 2021