A Picture of Hope (Heroines of WWII) by Liz Tolsma 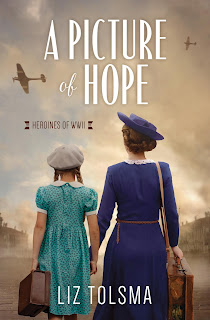 A Photojournalist Risks Her Life to Save a Very Special Child

Full of intrigue, adventure, and romance, this series celebrates the unsung heroes—the heroines of WWII.

Journalist Nellie Wilkerson has spent the bulk of the war in London, photographing mothers standing in milk lines—and she’s bored. She jumps at the chance to go to France, where the Allied forces recently landed. There she enlists Jean-Paul Breslau of the French underground to take her to the frontlines. On the journey, they stumble upon a great tragedy, leaving a girl with special needs being orphaned.

Can Nellie and Jean-Paul see the child to a safe haven while being pursued by the Nazis, who are pressed by the advancing Allies and determined to destroy all they can before they flee? 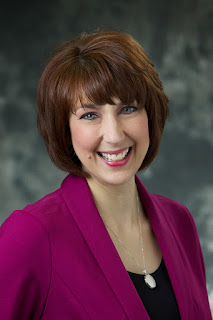 Passionate might best describe Liz Tolsma. She loves writing, research, and editing. Her passion shone through in her first novel which was a double award finalist. On any given day, you might find her pulling weeds in her perennial garden, walking her hyperactive dog, or curled up with a good book. Nothing means more to her than her family. She’s married her high-school sweetheart twenty-eight years ago. Get her talking about international adoption, and you might never get her to stop. She and her husband adopted three children, including a son who is a U.S. Marine, and two daughters.

When I saw a new book by Liz Tolsma, I knew I had to read it, and was not disappointed.

The author gives us a headstrong girl, who really takes risks, and doesn't seem to understand the word "no"! Nellie Wilkerson is a journalist photographer, and finds a way to end up on the continent and the heat of battle. Thank goodness Jean-Paul Breslau is put in her path, and what a heart this man has.

The German philosophy was a pure race, only perfect people, so any child born with a defect was disposable, along with many other people they considered undesireable, this included children born with Downs Syndrome, and they figure into this awesome read.

This is a story to get lost in, and hope that history does not repeat itself. A story of faith and hope, and although I wanted the war to end, I wanted to continue on with these characters!

I received this book through Net Galley and the Publisher Barbour, and was not required to give a positive review.
at October 01, 2021