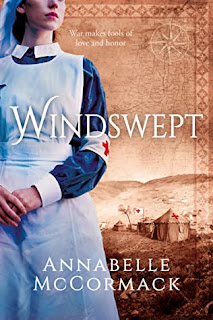 A British nurse in WWI Egypt races to deliver explosive intelligence that could change the course of the war in this novel of suspense, adventure, and love.

May, 1917. Ginger Whitman left a life of wealth and privilege in England to train as a battlefield nurse and serve in the Great War. Working on the brutal frontlines in Palestine, she finds a wounded soldier hiding in her camp. The soldier claims to carry intelligence unmasking a secret plot against the British—and that traitors within British intelligence are searching for him. Desperate and dying, the soldier entrusts a coded message to her care.

Ginger is hurled into an unfamiliar world of intrigue and murder amidst the war-ravaged Arabian desert. She's determined to help her country but trusting the wrong person could cost her life. Then the arrival of mysterious and handsome British intelligence officer Major Noah Benson offers a chance of help. But Noah may be as dangerous as he is charming. As she’s swept away by stolen moments on the desert sands, Ginger realizes her heart may also be at risk.

Hunted by a shadowy enemy spy, Ginger must decide if she can trust Noah. But as she grapples with her decision, Ginger makes a shocking discovery: a sinister secret that threatens to shatter the world she thought she knew. 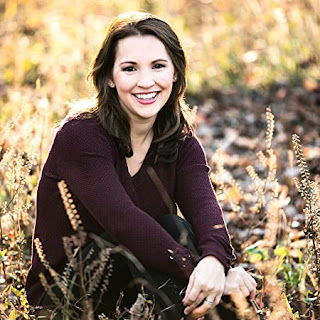 Annabelle McCormack writes to bring under-explored periods of history to life. She is a graduate of the Johns Hopkins University’s M.A. in Writing Program. Half-Costa Rican, she also speaks fluent Spanish. She lives in Maryland with her hilarious husband, where she serves as a snack bitch for her (lucky-they’re-cute) five children.

I do enjoy reading historical fiction and have read a few WWI books, this one was so interesting, and takes place in Africa. This was an audio book, which I used while driving several hours away, and the hours flew, such a great book!
I loved all the research put into this fictional read, we are given a young woman who was gifted with a privileged life, but in the end was not afraid to get her hands dirty, and seems to fall in love with an unobtainable young man. Piqued my interest, and soon I was involved in this story, that has a bit of everything. There are spies, traitors, secret plots, and even family members that can’t be counted on. The year is 1917, the setting is Egypt, and British nurse Ginger Whitman has to decide whom she can trust!
I will be looking for more from this author, thank you!
I received this book through Net Galley and Independent Book Publishers Association, and was not required to give a positive review.