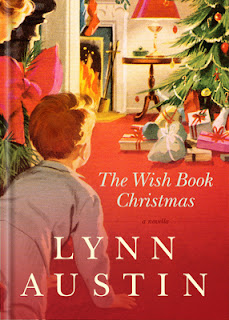 Best friends Audrey Barrett and Eve Dawson are looking forward to celebrating Christmas in postwar America, thrilled at the prospect of starting new traditions with their five-year-old sons. But when the 1951 Sears Christmas Wish Book arrives and the boys start obsessing over every toy in it, Audrey and Eve realize they must first teach them the true significance of the holiday. They begin by helping Bobby and Harry plan gifts of encouragement and service for those in their community, starting by walking an elderly neighbor’s yellow Lab—since a dog topped the boys’ wish list for Santa. In the charming tale that follows, Audrey and Eve are surprised to find their own hearts healing from the tragedies of war and opening to the possibility of forgiveness and new love. 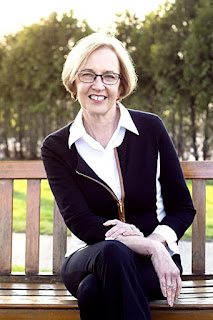 For many years, Lynn Austin nurtured a desire to write but frequent travels and the demands of her growing family postponed her career. When her husband's work took Lynn to Bogota, Colombia, for two years, she used the B.A. she'd earned at Hope College and Southern Connecticut State University to work as a teacher. After returning to the U.S., the Austins moved to Anderson, Indiana, Thunder Bay, Ontario, and later to Winnipeg, Manitoba.

Extended family is also very important to Austin, and it was a lively discussion between Lynn, her mother, grandmother, and daughter concerning the change in women's roles through the generations that sparked the inspiration for her novel Eve's Daughters.

Along with reading, two of Lynn's lifelong passions are history and archaeology. While researching her Biblical fiction series, Chronicles of the Kings, these two interests led her to pursue studies in Biblical Backgrounds and Archaeology through Southwestern Theological Seminary. She and her son traveled to Israel during the summer of 1989 to take part in an archaeological dig at the ancient city of Timnah. This experience contributed to the inspiration for her novel Wings of Refuge.

Lynn resigned from teaching to write full-time in 1992. Since then she has published 27 novels. Eight of her historical novels have won Christy Awards for excellence in Christian Fiction: Hidden Places (2001), Candle in the Darkness (2002), Fire by Night (2003), A Proper Pursuit (2007), Until We Reach Home (2008), Though Waters Roar (2009) While We're Far Apart (2010), and Wonderland Creek (2011). She was inducted into the Christy Award Hall of Fame in 2013. Fire by Night was also one of only five inspirational fiction books chosen by Library Journal for their top picks of 2003, and All She Ever Wanted was chosen as one of the five inspirational top picks of 2005. Lynn's novel Hidden Places has been made into a movie for the Hallmark Channel, starring actress Shirley Jones. Ms Jones received a 2006 Emmy Award nomination for her portrayal of Aunt Batty in the film.

What a gift this read was! Not only is the story such a great lesson of giving, and leading the next generation, it is an update on the lives of a previous wonderful book "If I Were You", and yes, I suggest you read it, but this can be read alone.
This was a present that as I opened it, it kept on giving, with each page I turned the wrapping gave up more, I just didn't want it to end!
These two little boys make for a delightful, and at times laugh out loud read, and then add in a dog! The kindergarten play is a wonderful treat, and following these woman from England to the states has been an adventure!
I received this book through Net Galley and the Publisher Tyndale House, and was not required to give a positive review.