Autumn by the Sea (Muir Harbor #1) by Melissa Tagg 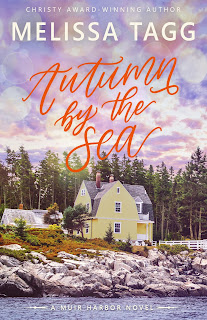 Abandoned as a toddler, Sydney Rose has spent years wondering who she really is, homesick for a life she's never lived. When a private investigator crashes into her world, she finds herself heading to a tiny seaside town in Maine to meet a woman named Maggie, who's searching for the granddaughter she lost decades ago.

If not for Maggie, Neil MacKean might still be back in Scotland, bereft and alone. Instead, he has a full life in Muir Harbor with an adopted family he loves and a blueberry farm to run. But the farm is struggling and strange occurrences have him concerned. Worse, Maggie's once again caught up in the past, convinced she's finally found her long-lost granddaughter.

Worried for Maggie, Neil is suspicious of the city girl who shows up at the farm. But there's something about Sydney that tugs on him, drawing out secrets he never meant to share. While Neil grapples with the future of the farm, Sydney wrestles with a past that's messier than ever. Together, they're pulled into a mystery complete with a centuries-old legend, unexpected danger . . . and a love as deep and wild as the sea. 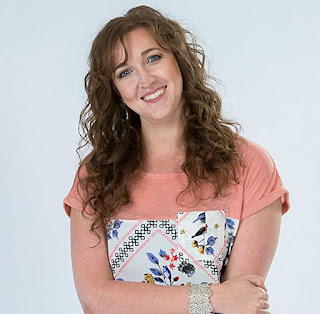 Melissa has taught at multiple national writing conferences, as well as workshops and women's retreats. When she's not happily lost in someone else's book or plugging away her on own, she can be found spoiling her nieces and nephews, watching old movies, and daydreaming about her next fictional hero. Connect with Melissa at melissatagg.com.

What a captivating read, and now I can’t wait for the second book in this series.
Placing myself in Sydney Rose’s shoes, the wanting for a family, and now hopefully she has finally found one in the Muir’s.
Maggie Muir has searched for her granddaughter, and now at last, she may have found her. We are there there when Sydney arrives in Maine and also when she meets the rest of the family. Has Maggie finally found the right one? There have been others, and hopes shattered.
This story is filled with love of family, found and lost family, and maybe family. Such a great reminder not to take your own for granted.
I received this book through Net Galley and the Publisher Larkspur Press, and was not required to give a positive review.
at September 28, 2021