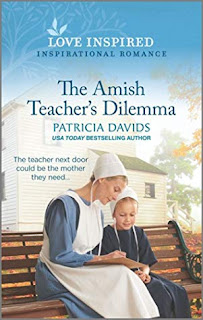 The teacher next door could be the mother they need…

Will she return to her old life…or risk everything to build a new one?

Taking a schoolteacher position in another district is just the change Amish spinster Eva Coblentz needs. And with her new neighbor, blacksmith Willis Gingrich, struggling to raise his three orphaned siblings, Eva is determined to help them heal. But when her relatives insist she come home, Eva must choose between the life she left…and the one she’s growing to love. 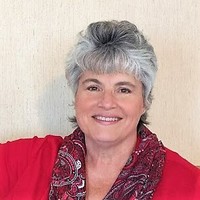 USA TODAY best-selling author Patricia Davids was born and raised in Kansas.
After forty years as an NICU nurse, Pat switched careers to become an inspirational writer. She enjoys
spending time with her daughter and grandchildren, traveling and playing with her dogs, who think fetch
should be a twenty-four hour a day game. When not on the road or throwing a ball, Pat is happily
dreaming up new stories.

1.  Did you always want to write romance novels?
A: I knew when I was in high school that I wanted to write a love story. I started one set in war-torn France in WWII but never finished it. I think I had two chapters completed (those poor young lovers are stuck forever in the bombed-out ruins of a church hiding from the Nazis, but at least they are together). After that, I got caught up in life: dating, college, nurses training, marriage, motherhood and a nursing career. Sometime during those years, I fell in love with romance stories, but I read everything; Si-Fi, westerns, mysteries, not horror but some crime dramas and the cereal box if I had nothing else. When our daughter was grown and left home, I told my husband I wanted to write a book. I wanted to write a romance novel like the ones I enjoyed reading. He said I’d be good at it. As it turned out, he was right. I love happily-ever-after endings.

2.  Share in your own words what it means to experience That Harlequin Feeling?
A: Reading a Harlequin isn’t just about, “Will the couple fall in love?” You know they will. It’s a romance novel. Duh. The joy of reading a Harlequin is getting a front-row seat to the journey of two people finding out they are perfect for each other when they first thought they were not. The highs, the lows, the ahh—that was so sweet moments, the what-a-hunk scene, the you-go-girl cheering, every emotion the reader gets to live right along with the characters. The best part is closing the book feeling satisfied that love was the right answer all along.

3.  Can you share a recent book you have read that you would like to recommend?
A: I recently read Their Amish Reunion by Lenora Worth. I highly recommend it. Even if you think Amish romances aren’t your thing, this book will change your mind. It is an endearing and gentle romance that is everything a romance book should be.