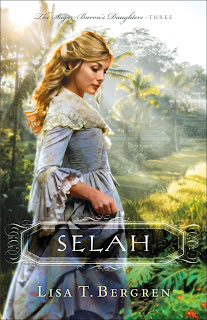 Selah Banning has come of age on the West Indies island of Nevis, shaped by experiences far beyond the typical upbringing of a young British lady in 1777. She never anticipated that the most tumultuous time of her life might await her in the year ahead.

Jedediah Reed, a young Methodist preacher with a call to serve the slaves of Nevis, has settled at Selah's family's plantation, the Double T. As Selah's heart is drawn to the same people, their shared purpose brings them together--despite her guardians' concern with a romance that promises little security for the future.

As Jedediah's faith and Selah's abolitionist leanings lead to changes on the plantation, the Revolutionary War continues to build in the States. With the threat of starvation and the conflict with island mogul Angus Shubert growing ever stronger, the future of the Double T and its people hangs in the balance. 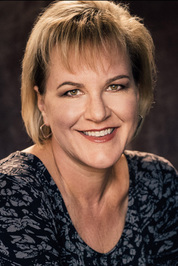 Lisa’s time is split between managing home base, writing, consulting and helping Tim with his business. Her husband Tim is a sculptor of ducks-out-of-fenceposts (RMRustic.com), graphic designer and musician. They have three big kids–Olivia (who just got married), Emma (who just got back from Europe) and Jack (who is about to start high school).

The Bergrens make their home in Colorado Springs, Colorado.
Website

This is the third book in the Sugar Baron series that I have read and greatly enjoyed!
This is Salah’s story the youngest sister, a young woman who wears her heart on her sleeve, and hates injustice, to the point of sacrificing her life.
Besidesher sisters, Keturah and Verity, Salah is here, and other characters we have gotten to know, along with some we know perpetrate evil, and know that some are at it again.
Loved how some of these folks go about their lives all the while helping liberate the slaves on their island, but now helping the cause of the Patriots in the States.
Yes, these books have it all and are easy to get lost in, but you will miss them when the final pages are turned.

I received this book through Net Galley and the Publisher Bethany House and was not required to give a positive review.