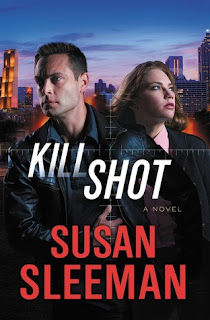 Some fears haunt you …

When ballistics and weapons expert Rick Cannon learned the Department of Defense had developed self-steering bullets that show 100% accuracy and make even a gun novice a lethal sniper, he feared they would eventually end up in the wrong hands.

Until they become reality.

That fear comes true when a vet is killed with stolen “smart bullets.” Rick and his FBI task force, nicknamed The White Knights, are soon charged with finding and stopping the killer. Rick enlists the help of the victim’s therapist, Olivia Dobbs, who is well known for her success in counseling military vets with PTSD. But when the killer sets his sights on their key witness, Rick must rely on the skills he learned as a Marine sniper to make sure the next bullet fired isn’t a
kill shot to take Olivia out. 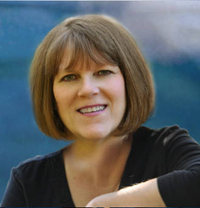 SUSAN SLEEMAN is a bestselling author of inspirational and clean read romantic suspense and mystery books. With over twenty-five books in print, readers love her Justice Agency, First Responders, and Agents Under Fire series for the well-drawn characters and edge-of-your-seat action. As a graduate of the FBI, city and county police academies, her research is spot on and her characters are real. Awards include Romantic Times Best Book, Swoony award winner, Daphne du Maurier Award for Excellence and EPIC Award finalist.

This is the second book in this series that I have read, and yes, they can be read alone, but if you like mystery don’t miss either of these.
Some of our friends are back, and we have a top-secret weapon missing, and people using it to take out former snipers.
The author has us dealing with some really tough subjects here, mainly PTSD, and how it effects the lives of so many people.
Soon all seem to be running for their lives, and the FBI team is trying to find the perpetrator, who are they after and why?
There is a little romance here, but there is also action around every corner, and these people go to any length and don’t care how many innocents they harm.
A read that is going to keep you page turning, you have to know!