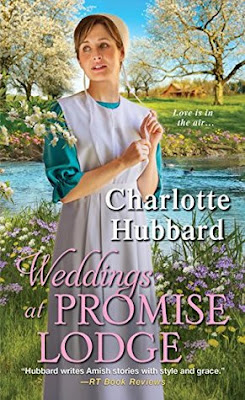 Founded by the three Bender sisters, the Amish community of Promise Lodge is thriving—and growing. In fact, residents are thrilled to welcome a charismatic new arrival—one who may not just strengthen their faith, but put it to the test . . .

When Christine Bender meets widowed Bishop Monroe Burkholder, it’s love at first sight. But Preacher Amos finds him too good to be true, and is determined to find out what’s behind his sudden, unannounced arrival. Still, the colony needs a new bishop, and everyone is excited to have a younger, more progressive leader. As for Christine, Monroe returns her affection, but her bubble is soon burst with the arrival of a young woman half his age . . .

Leola Duff claims Monroe “ruined” her and she now intends to make an honest man of him. But throughout the process of discovering the truth, Christine never doubts that Monroe is the fine man she believes him to be—and never wavers in her faith that all will work out as it should. And when Monroe is forced to confess the truth before the entire congregation, he can only pray that open hearts and minds will prevail, allowing him a future at Promise Lodge—with Christine. 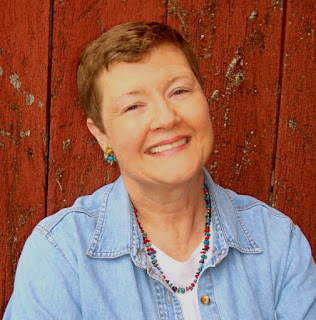 Many moons ago—like, in 1983 while she was still a school librarian—Charlotte Hubbard sold her first story to True Story. This launched her into writing around seventy of those “true confessions” stories over the years, and she’s been a slave to her overactive imagination ever since. Over the course of her writing career, she has sold nearly 50 books—most recently, Amish romance series she’s written as Charlotte Hubbard or Naomi King.
Charlotte lived in Missouri for most of her life, so her Amish stories are set in imaginary Missouri towns. These days she lives in St. Paul, MN with her husband of 40+ years and their Border collie, Vera.

When Bishop Monroe is forced to confess the truth about his relationship with young Leola before the entire congregation, he can only pray that open hearts and minds will allow him a future at Promise Lodge—with Christine.

As Christine Hershberger sat on the front pew bench, close enough to bask in the glow of her sister Mattie’s joy, she smiled brightly. At long last, she was attending the wedding that should’ve taken place years ago, when Mattie Bender and Amos Troyer were young and so deeply in love¬—before Dat had insisted that Mattie marry Marvin Schwartz instead. Now that Mattie and Preacher Amos had outlived their original mates, they were standing together, hand in hand, repeating the age-old vows after their new bishop, Monroe Burkholder. Christine, who’d lost her husband a couple of years ago, found it encouraging that at forty-five and fifty, her older sister and Amos had taken up where their youthful romance had left off, to enjoy a second chance at love that would see them through the rest of their lives.

Beside her on the bench, Rosetta grabbed Christine’s hand and squeezed it. This is so exciting! she mouthed.

Christine nodded, returning her younger sister’s squeeze. She had to admit, however, that the glimmer in Bishop Monroe’s green eyes eclipsed the happiness she felt for Mattie and Amos. Was it her imagination, or did Monroe glance at her as he led the happy couple in their vows, as though he hoped to be exchanging these sacred, binding phrases with her in the near future?

It was too soon to contemplate a wedding—the handsome bishop had only arrived at Promise Lodge a week and a half ago, on Christmas Eve. Yet Christine’s pulse thrummed with the distinct possibility that widowed Monroe Burkholder was as attracted to her as she was to him. Her soul took on the sparkle of the snowy, sunlit hills outside. Hope blossomed in her heart, because it felt absolutely wonderful to believe that such a prosperous, upstanding man might be interested in becoming her husband.

“Amos and Mattie,” Monroe said, his resonant voice filling the room, “I pronounce you husband and wife.”

The wedding guests sprang to their feet, their applause resounding like thunder in the lodge’s large meeting room. Mattie blushed prettily as Amos turned her to face the crowd. When he slung his arm around her to kiss her, a loud whoop went up from the men’s side.

Rosetta laughed, linking her arm through Christine’s. “And they’ll live happily ever after,” she said wistfully. “Maybe there’s hope for us, sister.”

Christine nodded toward Truman Wickey, their neighbor, who—along with Allen Troyer—had been Preacher Amos’s sidesitter. “Here comes your hope as we speak, Rosetta,” she said. “Now that our new bishop has performed his first wedding at Promise Lodge, it’s a gut time to ask his feelings about an Amish woman hitching up with a Mennonite.”

Charlotte will be awarding a $15 Amazon or B/N GC to a randomly drawn winner via rafflecopter during the tour.  a Rafflecopter giveaway

Ok I loved this book, and have my first and last months rent ready plus the deposit, and if only it wasn’t a fictional place, I’d move in tomorrow.
The new Bishop is about to be put to a test, if you remember he arrived suddenly just before Christmas, but has been accepted into this Community, and he arrived at just the right time. There are now sparks flying between him and Christine, and you will soon be rooting for these two. Of course, life is not always smooth sailing, and when a young woman arrives claiming that Monroe has to marry her as he ruined her, that sure gets every ones attention.
Then there is Rosetta, the older sister, and Truman, a Mennonite, they seem to love each other, but have different churches, and can they choose one, or will can they be accepted for living separate church lives, not under normal circumstances, but we hope for the best.
There are some new romances here, and some that are just not meant to be, despite one of the party wanting it, and we get to attend a few weddings.
The author has included some yummy recipes at the end of this book, mostly those that you will be drooling about while reading this story, and they do a lot of eating of wonderfully described food. Now I want more answers and more stories from Promise Lodge, I love this place.
I received this book from the Author and Goddess Fish Promotions, and was not required to give a positive review.