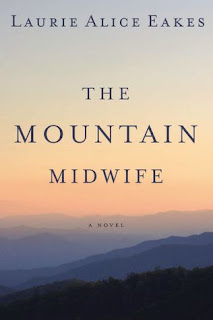 For nearly two hundred years, women in Ashley Tolliver’s family have practiced the art of midwifery in their mountain community. Now she wants to take her skills a step further, but attending medical school means abandoning those women to whom she has dedicated her life, the mountains she loves, and the awakening of her heart.


Ashley Tolliver has tended to the women of her small Appalachian community for years. As their midwife, she thinks she has seen it all. Until a young woman gives birth at Ashley’s home and is abducted just as Ashley tries to take the dangerously bleeding mother to the nearest hospital. Now Ashley is on a mission to find the woman and her newborn baby . . . before it’s too late.


Hunter McDermott is on a quest—to track down his birth mother. After receiving more media attention than he could ever want for being in the right place at the right time, he receives a mysterious phone call from a woman claiming to be his mother. Hunter seeks out the aid of the local midwife in the mountain town where the phone call originated—surely she can shed some light on his own family background.


Ashley isn’t prepared for the way Hunter’s entrance into her world affects her heart and her future. He reignites dreams of having her own family that she has long put aside in favor of earning her medical degree and being able to do even more for her community. But is it commitment to her calling or fear of the unknown that keeps her feet firmly planted in the Appalachian soil? Or is it something more—fear of her growing feelings for Hunter—that makes her hesitant to explore the world beyond the mountains?

“Eakes has a charming way of making her novels come to life without being over the top,” writes Romantic times of bestselling, award-winning author Laurie Alice Eakes. Since she lay in bed as a child telling herself stories, she has fulfilled her dream of becoming a published author, with a degree in English and French from Asbury University and a master’s degree in writing fiction from Seton Hill University contributing to her career path. Now she has nearly two dozen books in print.

After enough moves in the past five years to make U-Haul’s stock rise, she now lives in Houston, Texas, where she and her husband are exploring their new neighborhood. Although they haven’t been blessed with children—yet--they have sundry lovable dogs and cats. If the carpet is relatively free of animal fur, then she is either frustrated with the current manuscript, or brainstorming another, the only two times she genuinely enjoys housework.

Ashley and Hunter paths cross in unexpected ways, and their lives and all that they have ever believed have then shaken to the core.
Ashley has put her life wish of becoming a doctor on hold as she gave up her studies and came home to help her Grandmother and in the end take over her practice. She is still saving and planning to eventually go back to school and fulfill her dream.
Hunter is and engineer and has lived a very affluent life in the Washington, D.C. area. He is the odd one in the family as the rest are all lawyers. He is on the news and seems everyone is recognizing him, and that is the catalyst to the phone call from someone claiming to be his mother. No way, he loves his mother, and doesn’t have another!
The story is set in the rural Appliatian Mountains of Virginia, and we travel the back roads here, and meet a lot of the people. This place really requires a truck or four-wheel drive, and someone is trying to kill them on these dangerous gravel roads.
Why is there danger, and what is pulling these two together? A really fast pace read that will keep you page turning and wanting the answers. In the end will there be answers but will they survive? There are several sub stories and some are unanswered but most have conclusions and we have to be satisfied with the answers whether we agree or wanted what happens.
I received this book through Net Galley and Zondervan Fiction and was not required to give a positive review.