Pump Up Your Book Presents: The Rockstar Remedy Blog Tour 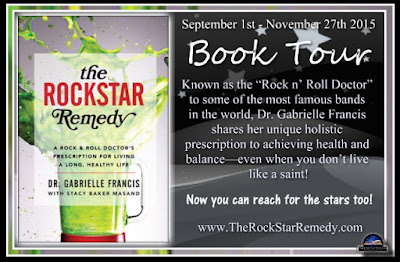 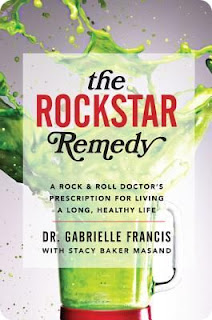 Title: The Rockstar Remedy
Author: Dr. Gabrielle Francis with Stacy Baker Masand
Publisher: HarperCollins Wave
Pages: 330
Genre: Health and Wellness/Rock n Roll
Format: Paperback/Kindle/Nook
Known as the “Rock n’ Roll Doctor” to some of the most famous bands in the world, Dr. Gabrielle Francis shares her unique holistic prescription to achieving health and balance—even when you don’t live like a saint!

As a Holistic Doctor to the music industry’s elite, Dr. Francis has helped rock stars repair, recover, and refuel from the demanding schedules and occasional overindulgences that come along with the rock star lifestyle. Being overscheduled, sleep-deprived, overeating, drinking and managing physical and mental stressors aren’t lifestyle habits unique to the music industry; they are the same challenges faced by all of us, every day.

In The Rockstar Remedy, Dr. Francis shares her unique strategies designed to be incorporated into your hectic lifestyle. Her programs are customized to meet you where you are at, whether an experienced health enthusiast or a beginner. Completing the 21 day detox will give you a renewed sense of energy and enthusiasm for life, while looking and feeling your personal best. She explains how health is not a destination, but exists on a spectrum, and the simple act of making better choices every day—even if they’re not the best choices—helps us achieve balance in both mind and body. With tips for improving energy levels, easy food guidelines and a simple no-starvation detox, Dr. Francis offers a simple, effective plan for staying healthy and happy amid the chaos of our daily lives. Her popular “Harm Reduction Techniques” and “90/10 Rule” make it easy to celebrate life with occasional indulgences while maintaining good health. This is not a temporary fix; this program brings long-lasting, life-changing results.

Now you can reach for the stars too!

Discuss this book at PUYB Virtual Book Club at Goodreads. 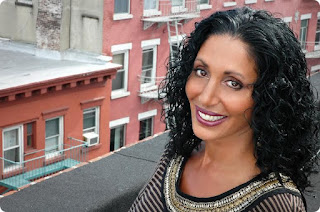 Dr. Gabrielle Francis has been practicing natural medicine for more than thirty years.
She is a Naturopathic Doctor, Chiropractor, Acupuncturist, and Licensed Massage therapist. Dr. Francis currently practices in New York City as The Herban Alchemist.  She also operates Backstage Alternative, which is her natural medicine road show that provides chiropractic, massage, acupuncture, nutrition and herbal remedies to performing artists on tour. 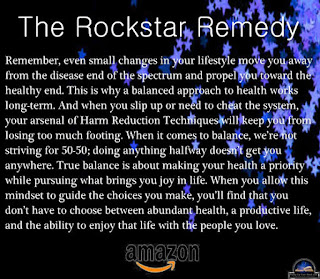 The year is 1984.  I was fresh out of massage school… a ripe 19 years old.  My cousin worked for Belkin productions, the company that promoted Rock Concerts in Cleveland.  One day she called me and said, “ Cuz, such and such, the biggest name in rock n roll at the time, is coming to Cleveland and they want massages. I volunteered you.”   I was in a state of shock, but gladly accepted the offer.  Weirdly enough, I was not nervous or overly excited.   I felt I would be great for the job.

I arrived at the coliseum with my massage table in check, but I was secretly looking forward to the massive parties back stage.   To my dismay, the backstage seemed quite quiet.  All the artists were in their private dressing rooms and keeping to themselves.  I was taken to the catering hall and noticed that there was a completely organic and vegetarian spread.   In those days this was very rare and unheard of.  Whole Foods was not a household name.  I also noticed there was not an ounce of alcohol backstage.  The most intoxicating beverage I could find was Coca-Cola. Wives had taken the place of the groupies.  The Myth was shattered!

The first artist I worked on was the Saxophone player.  He had the spiritual name, given to him by his Guru, on the dressing room door instead of his real name. When I entered his dressing room, I felt I had entered a Temple. It was lit with candles, incense permeated the air, and a picture of his Guru stared at me throughout the entire massage. I worked with most of the band that night just doing massage to get them ready for the marathon show.  There was a medical doctor backstage giving them B12 shots to boost their energy for the big performance.  Each artist was so thoughtful and down to earth.  I was taken by their humility and realness.  It was an ego-free zone.

They put on a super 4-hour show that night.  I watched from backstage and I could see what an amazing dynamic a rock concert was.  The band gives energy to the audience. The audience gives love and more energy to the band.  The band gets high on the energy from the crowd. And it seems like it can go of forever.  The only thing that made the band come off the stage was the venue saying that they had to go.

I will never forget that night as I saw the power of music to elevate the energy of a theater to a higher vibration.   It is no wonder that some people feel that going to a concert can be like a religious experience.  I decided Rock’n’Roll would be one of my religions too!  It would blend very well with my Catholic upbringing.  Catholics revere saints.  So, why not add a few like Jimi Hendrix, Patron Saint of the Wa Wa Pedal; Santana, the Archangel of Long Instrumental Grooves; Keith Richards, Holy Father of the Rhythm Guitar: and of course Our Lady Madonna.

After the show, that band asked me to tour with them as a massage therapist. I had to say no because I was very committed to the idea of finishing medical school.
I regretted that decision for a very long time.  Luckily, I had the chance again almost 17 years later…

Read on…. BUY the ROCKSTAR REMEDY