Pump Up Your Book is pleased to bring you Tom Whalen’s The Straw That Broke book blitz November 3 – 28! 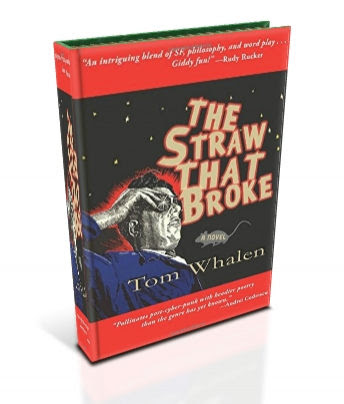 In his rollicking new novel, THE STRAW THAT BROKE, author Tom Whalen continues his ENCYCLOPEDIA MOUSE series, a challenging and funny roller-coaster ride through the outer margins of science-fiction, philosophy, and word play. Readers who reveled in previous books in the series, such as THE CAMEL’S BACK (called “the Moby-Dick of mice” by poet and critic R.H.W. Dillard) and ROITHAMER’S UNIVERSE (which science-fiction writer Rudy Rucker termed “giddy fun”), are sure to greet the arrival of THE STRAW THAT BROKE with anticipation and joy. Lovers of such visionary writers as Kafka, Borges, Vonnegut, Lewis Carroll, and Douglas Adams (THE HITCHHIKER’S GUIDE series) also will find a kindred spirit in Tom Whalen, as will readers of all tastes who are looking for a thrilling literary adventure.
The main “character” in THE STRAW THAT BROKE is the Encyclopedia Mouse, who, according to the author, “is the one creature who can save the multiverse.”  In Whalen’s synopsis of THE STRAW THAT BROKE, “Bulwer Zetford’s work-in-progress, The Cosmic Messenger, is about to take a strange turn, and the multiverse with it, when Roithamer of Relix “beads” once again and brings swirling into Zetford’s Kaduza M-mon processor the Encyclopedia Mouse … Tale twines tale as the mouse battles his Doppelgänger in cyberspace, Heidegger, in his Black Forest hut, and a hyper-crazed Roithamer. Death is everywhere, but the mouse, birling (if only barely) in his Binding Nexus Drive, is determined to narrate the universes away from their demise.”
Whalen describes his style as “playful, parodic, philosophical, lyrical. I wanted THE STRAW THAT BROKE to be thick with character and plot and at the same time alive with language.”
“The word play is part of the novel’s texture, as well as being embedded into the plot and character of the mouse,” Whalen also explains. “No need for the reader to pick up all the formal play. It’s enough that this exists on a subliminal level.”
Whalen’s ultimate goal, he says, is to have the Encyclopedia Mouse books published in one volume “and eventually turned into a wide-screen baroque masterwork of cinema.”
In the meantime, THE STRAW THAT BROKE is available in print, ready to delight all readers.
What the critics are saying about the ENCYCLOPEDIA MOUSE series:
“Pollinates post-cyber-punk with headier poetry than the genre has yet known.”
Andrei Codrescu
Author and NPR commentator
“Storytelling which is subtly, wickedly funny.”
The New Orleans Times-Picayune
“Tom Whalen is one of the most gifted and prolific of contemporary American avant-garde writers … a master of this genre.”
George Garrett
Dictionary of Literary Biography
“Tom Whalen twists our notions of what is real.”
Christine Spivey
New Orleans Review
172 pages.
Softcover, $13.46; ISBN:  13-978-0692259436
Publication date: August 1, 2014
Published by Black Scat Books
Available at amazon.com, Black Scat Books.
Website: www.tomwhalen.com 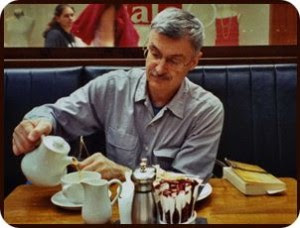 Tom Whalen is a novelist, short story writer, poet and critic who has written for Agni, Asymptote, Bookforum, Brooklyn Rail, Chicago Review, The Iowa Review, Film Quarterly, The Literary Review, the Washington Post and other publications. His books include Dolls, Elongated Figures, The Birth of Death and Other Comedies: The Novels of Russell H. Greenan, and the novels Roithamer’s Universe and The President in Her Towers. Whalen currently lives in Stuttgart, Germany, where he teaches film at the State Academy of Art and Design. See author on You Tube at: http://youtu.be/DIpaGoH4mJg.
His latest book is the science fiction, The Straw That Broke.
Visit his website at www.tomwhalen.com.

Tom is giving away one $25 Amazon Gift Card!

a Rafflecopter giveaway
at November 24, 2014