A Promise to Protect (Logan Point #2) by Patricia Bradley 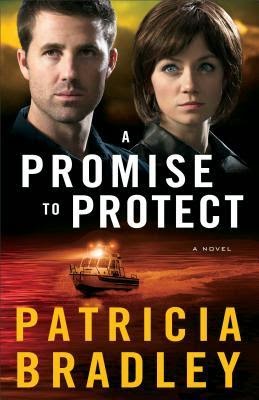 Acting Sheriff Ben Logan hasn't heard from Leigh Somerall in a very long time, but it doesn't mean he can get her--or their whirlwind romance of ten years ago--out of his head. When she calls out of the blue, it is with a strange request to protect her brother, Tony. When Tony dies just days later, Ben is charged with a different task--protecting Leigh and her nine-year-old son, TJ, from the killers. But how can Ben keep an eye on Leigh if she's doing everything in her power to avoid him? And could the secret that Leigh is keeping change Ben's life forever?

Suspense, intrigue, and a touch of romance make A Promise to Protect perfect for readers who like their stories with a hearty dose of mystery.

Patricia Bradley's manuscript for Shadows of the Past was a finalist for the 2012 Genesis Award, winner of a 2012 Daphne du Maurier award (1st place, Inspirational), and winner of a 2012 Touched by Love award (1st place, Contemporary). She is a published short story writer and is cofounder of Aiming for Healthy Families, Inc. When she's not writing or speaking, she can be found making beautiful clay pots and jewelry. She is a member of American Christian Fiction Writers and Romance Writers of America and makes her home in Mississippi.

A dying request, protect my sister, an old friend, how could he refuse? Of course, being the sheriff and having a past with the sister also goes into the consideration. Little did Ben know how much protection Leigh was going to need, and how involved he was about to become.
We find a woman who has made something of herself, and has a very big secret. She has challenged herself to be the very best at what she does, and she is now a Doctor. She is a smart woman, with very little self-esteem.
Ben also seems to have a lot to prove, to both himself and his parents, mainly his father. He is following in his Dad’s footsteps and is acting sheriff right now, and hoping to run for election. Someone seems to be out to stop that from happening, does this persons agenda about Ben or is it about Leigh? Will someone end up dying before we get the answers as to who is responsible, for murder?
Their are several twists in this story and sometimes it seems like we are running in two directions at the same time, are they connected, or is everything separate? Then there is TJ, a ten year old that Leigh is the Mother of, and Sarah a charming older woman, who has been like a mother and grandmother to them comes to help them.
We also meet Ben’s family and TJ is able to see what having an extended family is like, and you see his yearning for it. Will Leigh finally find the success she seems to crave, or will the evil that is out there be able to grab her? God is there pulling for her and TJ, and you will love how he opens up the doors and closes others.
I loved this book, and it became a compelling page-turner as I sought the answers to all the questions I had, you won’t be able to put this one down.

I received this book through Revell Book Publishers, and was not required to give a positive review.