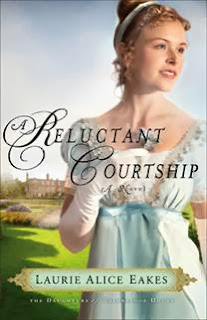 A woman without a prospect. A man without a homeland. Can love give them a future?
Honore Bainbridge has been courted by two men, one of whom turned out to be a traitor, the other a murderer. Banished to her family's country estate, where she will hopefully stay out of trouble, she finally meets the man she is sure is exactly right for her: Lord Ashmoor. Tall, dark, and handsome--what more could a girl ask for?

But he too is under suspicion because of his American upbringing and accusations that he has helped French prisoners escape from Dartmoor Prison. If he's to keep out of a British prison himself and secure his place in British society, Lord Ashmoor needs a wife beyond reproach--something the vexingly beautiful Honore certainly is not. Though they find themselves drawn to each other, family obligations may conspire to keep them apart forever.

For the sake of her heart, Honore determines to prove Ashmoor's innocence--even if doing so risks her own life.

From the first sentence, award-winning author Laurie Alice Eakes thrusts you into high drama amid the rocky cliffs of Devonshire, England, and keeps you suspended there until the final page. 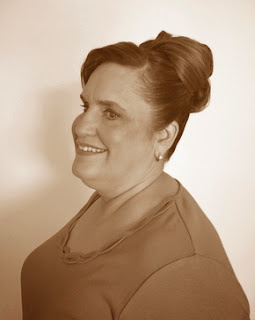 Laurie Alice Eakes is the author of Lady in the Mist, Heart's Safe Passage, Choices of the Heart, A Necessary Deception, and A Flight of Fancy, which won the October 2012 Clash of the Titles Award, voted on by readers. She won a National Readers Choice Award for Best Regency in 2007 for Family Guardian. Laurie Alice writes full-time from her home in Texas, where she lives with her husband and sundry dogs and cats.


Available October 2013 at your favorite bookseller from Revell, a division of Baker Publishing Group.

Honore Bainbridge has loved and really lost in the past. She is part of English Society, and because of her choices is now snubbed. She is being banished to the families country estate, and ends up almost losing her life. She is rescued by Lord "Meric" Ashmore.
Lord Ashmore has come back to England from the States, and wants to clear his father's name. He was getting some help from Honore's father, before he passed away. He was also making a deal to marry Honore, and shows her the paper, which is not signed, and not applicable. He has to much at steak to marry a snubbed member of society....or does he?
Something is going on a this Country Estate, and things are not as they appear. When Honore's brother decides to bring his Fiancé to the estate, he banishes his sister to the Dowagers cottage. Things go from bad to worse there.
Will Lord Ashmore ever clear is name? Will Honore ever be accepted by Society? The answers and more in this sweet story. Travel back to Revolutionary time with the enemy.

I received this book through the Revell Book Bloggers Tour and was not required to give a positive review.