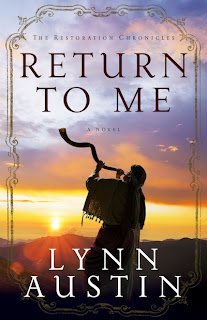 From the Acclaimed Author of Chronicles of the Kings
After decades of exile, the prophesies are coming true–King Cyrus has declared the Jews may return to Jerusalem. Iddo, a priest, is sure this is a sign of God’s renewed favor. For too long they’ve remained in Babylon, and many, including Iddo’s sons, are losing the faith that sets them apart. And so only a few choose to leave everything to return–return to their home and their God.
Nothing about their journey to the Promised Land is easy. As hardships mount, even the faithful, like Iddo’s beloved wife, Dinah, question the sacrifice of following God’s leading. Zechariah, Iddo’s oldest grandson, feels torn between his grandfather’s ancient beliefs and the family they left behind. But one life-changing encounter with the Holy One gives him insight that will change Zechariah–and history–forever.
Purchase a copy of the book here.
Learn more at Lynn’s website. 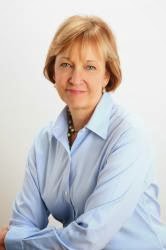 Bestselling author Lynn Austin has sold more than one million copies of her books worldwide. She is an eight-time Christy Award winner for her historical novels, as well as a popular speaker at retreats and conventions. Lynn and her husband have raised three children and live near Chicago.

Return to me is just what it says. God had punished his chosen people, they had strayed to far from him. This story begins in Babylon, when the Jewish people are held in slavery. Some have prospered despite the life.
When God has decided that they must return to Jerusalem, doors open, but not all of his people want to leave this pagan culture. We are following the biblical books of Ezra and Nehemiah.
Iddo wants more than anything to return and rebuild the temple, but his sons really don't want to leave. When his grandson Zechariah has a life changing dream, he also leave his parents and returns with his Grandparents.
I loved how this story was brought to life by Lynn Austin, you will follow Iddo and Zaki through the streets and walls of Jerusalem. Will this family survive, and will the young Yael who is reading the stars and accepting the pagan beliefs end up stoned?
Don't miss this first book in the Restoration series, I can't wait for the next one.

I received this book through Litfuse Publicity Book Tours, and was not required to give a positive review.
at October 06, 2013