ABOUT SEEDS OF EVIDENCE 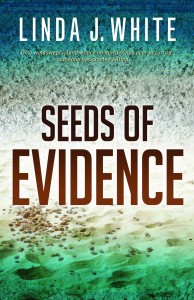 Stressed-out FBI Special Agent Kit McGovern returns to her grandmother’s Chincoteague Island home in search of peace. But when a little boy’s body washes up on the beach, Kit cannot resist throwing herself into the mystery of his murder. Her only clues: the tomato seeds in the Latino boy’s gut, and the acorns in his pockets.
The medical examiner points out that the volume of tomato seeds in the boy’s gut could indicate he was from a farm worker’s family. But the acorns? Kit discovers they’re from a Virginia live oak, not native to the area where the boy was found. Can she use those to identify his origins anyway? And why hasn’t anyone reported him missing?
Kit meets David O’Connor, a D.C. homicide detective in Chincoteague recovering from a shooting incident. She makes it clear she’s not interested in a relationship, but their passion for justice is mutual and they soon forge a partnership to find the boy’s murderer. As plant DNA evidence leads them straight into the dark world of human trafficking, Kit and David wrestle with the depths of human evil, with questions of faith, and with possibilities for hope. “Seeds of Evidence” takes readers on a white-knuckle ride they won’t soon forget. 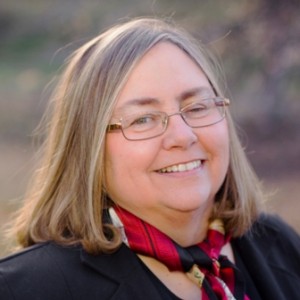 By day, Linda J. White writes editorials for The Free Lance-Star, a newspaper in Fredericksburg, VA. By night, she plays the “what-if?” game, entangling engaging characters in “white-knuckle” plots. Her first FBI thriller, “Bloody Point,” was published in 2005. “Seeds of Evidence” (Abingdon Press) will be released in April 2013. Linda’s husband, Larry, was a video producer/director at the FBI Academy for over 27 years. Married since 1970, they have three grown children and now live with two dogs and two cats on two beautiful, wooded acres in Virginia.

This story takes place in the beautiful Virginia Chincoteague and Assateague Islands. The breathtaking beaches, and beautiful waters. I've read about the wild ponies from here, and we do see some in this book.
FBI Agent Kit McGovern is here for some R&R, her Grandmother had owned a home on the Island. She is dealing with Job and relationship stress. We also meet David O'Connor a Washington D.C. Police Detective. He is here to decide whether he will return to work after being shot, and being involved in the death of a teen.
The two main characters have a horrible chance meeting when they find the body of a young Latin boy, about 7 or 8, washed ashore on the beach. The boy has some acorns in his pockets and some tomato seeds rolled in his sleeves, along with a large amount of seeds in his stomach. Someone so young should not have died.
Agent Kit is in turmoil after she has been dumped by her husband Eric, and Det. O'Connor is having a hard time dealing with killing a young man who had his entire life ahead of him.
Together will these enforcement agents begin to heal? Will they be able to help each other. What are they in for trying to find answers to the crime they led them to each other.
Be ready for a page turning, fast past, never a dull moment read. The story is fictional, but it reads so true, and really could be really happening.