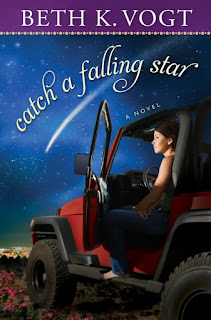 What does a girl do when life doesn’t go according to her plan? At 36, Kendall Haynes has seen some of her dreams come true. She’s a family physician helping kids with severe allergies and asthma achieve more fulfilling lives—a childhood struggle she knows all too well. But the feeling of being “the kid never picked” looms large when romance continues to evade her and yet another one of her closest friends gets engaged. Are Kendall’s dreams of having it all—a career, a husband, children—nothing more than childish wishing upon a star? Should she hold out for her elusive Plan A? Dust off Plan B? Or is it time to settle? God says he knows the plans he has for her—why can’t Kendall figure them out and be content with her life?
Griffin Walker prefers flying solo—both as an Air Force pilot and in his personal life. But a wrong choice and health problems pulled him out of the cockpit. His attempts to get out of “flying a desk” are complicated by his parents’ death—making Griffin the reluctant guardian of his sixteen-year-old brother, Ian. How did his life get so off course? Can God get his life back on track … or has there been a divine plan all along?
Catch a Falling Star reminds readers that romance isn’t just for twenty-somethings and that sometimes letting go of your “wish I may, wish I might” dreams is the only way to embrace everything God has waiting for you.

Beth K. Vogt is a non-fiction author and editor who said she'd never write fiction. She's the wife of an Air Force family physician (now in solo practice), though she said she'd never marry a doctor-or anyone in the military. She's a mom of four, though she said she'd never have kids. She's discovered that God's best often waits behind the doors marked "Never." Her contemporary romance novel, "Wish You Were Here", debuted in May 2012 (Howard Books), and "Catch a Falling Star" releases May 2013. An established magazine writer and former editor of Connections, the leadership magazine for MOPS International, Beth is also the Skills Coach for My Book Therapy, the writing community founded by best-selling author Susan May Warren.

Find out more about Beth K. at http://bethvogt.com.


I enjoyed reading this sweet story. Things are not always as they appear. We are with Dr Kendall Hayes who is thirty-six, and not married. She thought she could have it all...a medical career, a husband, and children. She is at that point in life where it doesn't look like it is going to happen. She is again going to be a bridesmaid in her friends wedding.
There is so much going on in Dr Hayes life, busy, busy. Her chance meeting with an old friend Dr Heath Parker, may put romance in the picture. He seems to be all that Kendall would want!
She also stumbles upon, really, when she is at the restaurant with her friends, Ian Walker as he collapses and nearly dies. He is there with his brother Colonel Griffin Walker.
We deal with some tough subject here, but God is in their lives. All they need to do is trust. There is also a side story here with one of Dr Kendall's office workers. She is trying to adopt a child, and things are not going well, but help comes from an unlikely source.
We find things are not always as they appear, and we will root for hopefully the right people to come out on top! This is a great, fast, page turning read, and the only part I was disappointed in was....I wanted more!

I received this book through Litfuse Bloggers Tour, and was not required to give a positive review.