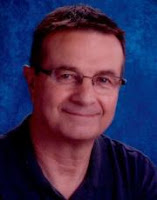 Darrel Nelson is a graduate of the University of Lethbridge in Alberta, Canada, with bachelor’s degrees in English and education. He is a schoolteacher by profession, with thirty-three years of teaching experience, and currently teaches fourth grade at Raymond Elementary School. Nelson has had an article published in Lethbridge Magazine and has written several dramatic plays, two of which won provincial recognition and were showcased at a drama festival. He won the CJOC radio songwriting contest two years running and has had one song receive international airplay. Writing has always been a passion, and over the years he has written four novels intended for the juvenile market. They are unpublished as yet, but he reads them annually to his fourth-grade students. The Anniversary Waltz is his first novel intended for the adult market. Hometown: Raymond, Alberta, Canada


It’s the summer of 1946, and Adam Carlson has just returned from the war to his home in Reunion, Montana. Despite the strained relationship with his father, Adam sets out to revive the dilapidated family farm, neglected since his departure overseas four years ago. After some convincing to take a rest from his labors, he attends the town festival, where he meets Elizabeth Baxter, a young woman going steady with his former high school rival and now influential banker, Nathan Roberts.

“You know I don’t agree with what you did,” Hector said. “But
I’m glad you didn’t go and get yourself killed.” Adam forced a smiled. “I’m glad I didn’t either.”
Maude looked anxiously from one to the other. “Hec, this calls for a feast of the fatted calf. Get some beet greens from the garden, and I’ll cook a roast with all the trimmings.”
Hector remained motionless.
She shooed him away from the barn. “You go on, now.” Embracing Adam, she said, “Go have a bath and get some rest, son. I’ll call you for dinner. There’s so much to talk about.”
Adam glanced at the retreating figure of his father and returned to the truck to get his luggage, aware that his mother was reverting to her proven formula for restoring peace on earth, good will toward men: a delicious meal. In the past, good food had settled more arguments in the family than had any line of reasoning, logic, or argument. The way to a man’s heart . . .

I loved this book, and could not put it down! The Prologue of the book let me know that Adam and Elizabeth ended up together, and were celebrating their 60th Wedding Anniversary. When the story opened Elizabeth was dating a banker named Nathan, and Adam was just returning from WWII. Such sweet reunions he had with his family, only his Dad Nathan still seems to be holding a grudge. There are so many tender moments ...like when Aunt Lenora gives Elizabeth her Mother's rings! Then there are some tragic and heartbreaking times. Throughout the story you see God's hand on their lives! Don't miss this quick and heartwarming read, back to a time right after the War, enjoy!
at May 29, 2012