Join J.D. Davis, author of Unconquered, as he virtually tours the blogosphere on May 1 during his one day blog blitz with Pump Up Your Book and win a FREE KINDLE! 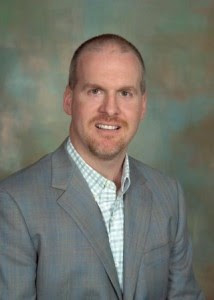 J.D. Davis was raised in Quitman, Texas, a quiet community in the northeast part of the state. Having grown up in a small town in the rural South—similar in many ways to the cousins’ hometown of Ferriday, Louisiana—with many similar influences as the cousins, he has meaningful insight into these three men. Davis attended the University of Texas on a full academic scholarship, received a B.A. with highest honors in economics, and was elected to Phi Beta Kappa. He later received a master’s degree from SMU. As a successful businessman, Davis achieved the highest credentials as an actuary and became a principal in a large firm while still in his twenties. He currently manages an employee benefits consulting practice that covers the southern region of the United States, with offices in four cities. Davis remembers his father watching Jimmy Swaggart on television and being intrigued by the evangelist's magnificent piano talent. As a teenager, Davis became a huge fan of Jerry Lee Lewis. He first attended one of Lewis’s live performances as a college student and was awe-struck to see this man put on a breathtaking performance. Davis grew up listening to country music of the seventies and eighties, when Mickey Gilley was consistently producing number one country hits. He became fascinated by the ways these three very different cousins achieved and dealt with eventual success and has been a dedicated fan for years. Davis has worked with a talented team of many. His editors included Elizabeth Kaye, an award winning journalist who has often written about southern music and southern preachers. As a contributing editor to Rolling Stone, she interviewed Sam Phillips and gathered firsthand experience of Jerry Lee Lewis when covering sessions at which he played with Johnny Cash, Carl Perkins, and Roy Orbison. As a contributing editor to John Kennedy’s George magazine, Kaye wrote extensively about Billy Graham and his son Franklin, traveled on several missionary trips with Franklin, and worked with ABC’s 20/20 to produce and write a major Billy Graham profile. You can visit his website at http://www.unconqueredthebook.com. Visit his Facebook page at https://www.facebook.com/UnconqueredTheBook Visit his Twitter page at https://twitter.com/Unconqueredbook If you would like to view his book trailer, you can view it at http://www.youtube.com/watch?v=0CrVQv2lJJ8 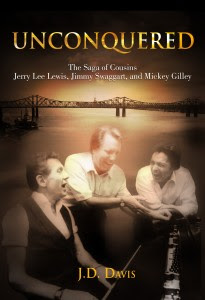 The Saga of Cousins Jerry Lee Lewis, Jimmy Swaggart, and Mickey Gilley In 1935 and early 1936, three cousins were born into tight-knit families in Ferriday, Louisiana. Rare piano talent, strong parental relationships, the Pentecostal church, family struggle, and a variety of musical influences worked together to produce men who changed twentieth-century music and culture. The individual stories of these three cousins illustrate their varied paths from small-town America to a world stage. Woven together, the collective story becomes even more compelling and amazing. UNCONQUERED is a story so unlikely that it would not be believable if written as fiction. It tells of rock ‘n’ roll legend Jerry Lee Lewis, televangelist Jimmy Swaggart, and country music star Mickey Gilley. These very different men, raised in the same time and place, with similar talents, were fated for entirely different destinies even as their lives would always be profoundly intertwined. Born into poverty, each man, in his own way, would become an iconic figure blessed with the ability to thrill and inspire. The story's touchstones of music, perseverance, and faith could wield such force only in the American South. There, in the Louisiana lowlands’ Concordia Parish, their story began in the midst of the Great Depression. Purchase your copy at http://unconqueredbook.com and claim cool free gifts!

Win a FREE KINDLE! Leave a comment below and after that visit http://www.pumpupyourbook.com/2012/04/30/pump-up-your-book-presents-j-d-davis-unconquered-may-1-blog-blitz-kindle-giveaway/ to fill out the Rafflecopter form!! This giveaway is only open to U.S. and Canada citizens. Deadline is June 1 and announced on June 2. If you are the winner, contact Dorothy Thompson at thewriterslife (at) gmail.com or Tracee Gleichner at tgleichner (at) gmail.com. You have 48 hours to reply. If we do not hear from you in 48 hours, another winner will be selected.

Thanks and good luck!