***Special thanks to Shida Carr of Simon & Schuster for sending me a review copy.*** 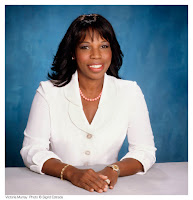 Victoria Christopher Murray is the author of nine Essence bestselling novels, including The Ex Files, Too Little, Too Late, and Lady Jasmine. Winner of the African American Literary Award for Fiction and Author of the Year, she splits her time between Los Angeles and Washington, D.C. 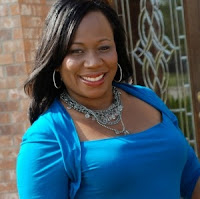 
ReShonda Tate Billingsley is an award winning former television and radio reporter, as well as the author of twenty-one books which have appeared on the Essence bestseller list more than twenty times. She is married with three small children and lives in Texas.

Bestselling and award-winning novelists Victoria Christopher Murray and ReShonda Tate Billingsley bring their favorite heroines together in a novel that will delight their legions of fans.


Jasmine Larson Bush and Rachel Jackson Adams are not your typical first ladies. But they’ve overcome their scandalous and drama-filled pasts to stand firmly by their husbands’ sides.


When a coveted position opens up—president of the American Baptist Coalition— both women think their husbands are perfect for the job. And winning the position may require both women to get down and dirty and revert to their old tricks. Just when Jasmine and Rachel think they’re going to have to fight to the finish, the current first lady of the coalition steps in . . . a woman bigger, badder, and more devious than either of them.

My Review: This is a real page turner and a quick read. The chapters are short and jumping with details.
Lady Jasmine Larson Bush desperately wants her husband, Hosea, to become the new President of the American Baptist Coalition. In Texas, Lady Rachael Jackson Adams wants the same for her husband Lester. These ladies will stop at nothing to get what they want. Both of the Pastor's are Good, Godly Men, and want God's Will in all.
The retiring President Reverend King and his wife Cecelia, may have other plans for the future of the ABC. There is also a Pastor Griffith and Rachael's friend Mae Frances. Throughout the book you will be wondering who the Good Guys are? There are a lot of shenanigans that go on. Nothing seems beyond any of them, except for Hosea and Lester.
I loved the ending, and highly recommend this book for a great read.
at January 17, 2012