Even the Dog Knows by Jason F. Wright Meg Gorton finds herself alone and lonely in Gulf Breeze, Florida. Three years earlier, she had packed what she could fit into her sister’s car and asked her estranged husband, Gary, to take care of Moses, their beloved black Labrador. Things between Meg and Gary hadn’t been the same after the loss of their only daughter many years ago. Even after raising their grandson, Troy, it was clear that if Meg wanted a new beginning, she would have to do it alone.

Haunted by the tragedy of his daughter’s death, Gary is stuck in his life in Woodstock, Virginia. He still owns and drives the bus for their hometown minor league baseball team, and he still thinks about the day his wife drove away.

Everything changes when Meg contacts Gary with a request to bring Moses to visit her one last time before the old dog passes on. Gary is reluctant, but Troy thinks it’s an excellent idea. They could even travel together in Gary’s bus. Along the way, Gary takes a detour to visit Troy’s ex-girlfriend, Grace. Gary might not know how to fix things with his wife, but he knows he doesn’t want Troy to make the same mistakes he did.

Although Moses is just a dog, he’s very observant. It doesn’t take long for him to figure out they are going on to see Meg. He knows he’s an old dog and that his time is near, but he also knows his family needs his help.

Even the Dog Knows is a novel that will take readers on a thousand-mile journey to find forgiveness, understanding, healing, and the meaning of true love and lasting love. 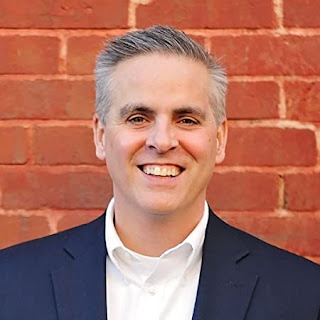 Jason also writes an occasional column which has appeared in over 100 newspapers, magazines and web sites across the United States including The Washington Times, The Chicago Tribune, The Deseret News, Forbes, CNN, FoxNews, and others.

Jason is also a popular speaker who speaks on the miracle of opening doors, faith, failure, the Christmas Jars movement, the lost art of letter writing, and many other topics. He has been seen on CNN, FoxNews, C-SPAN, and on local television stations around the country.

Each year Jason visits schools across the country and presents assemblies and writing workshops to students at all ages.

Jason grew up in Charlottesville, Virginia, but has also lived in Germany, Illinois, Brazil, Oregon and Utah. In 2007, while researching Virginia’s Shenandoah Valley for his novel The Wednesday Letters, Jason fell so in love with the area that he moved his family westward from northern Virginia to Woodstock.

Jason is married to Kodi Erekson Wright. They have two girls and two boys they love, and two grandchildren they love even more.

Life, and grief and how it manifests itself, and we are along with the old dog that came into the lives of Gorton family many years ago.
Moses, a black lab, becomes the catalyst to trying to make his adoptive family whole again, and we journey with him as we seek healing and forgiveness, and reuniting, if possible!
This family has had a devastating loss, their beautiful daughter, but pull together and raise her son as their own.
There is the main family of Gary and Meg, grandson Troy, but we pull in and touch many lives, and there are surprises to be found all the way to the end of this read.
I for one am glad to have read this book and see a lot through the eyes of Mo!

I received this book through the Publisher Shadow Mountain, and was not required to give a positive review.