A Heart Adrift by Laura Frantz 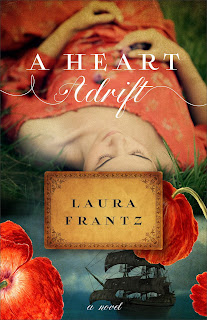 A Virginia chocolatier and a privateering sea captain collide once more after a failed love affair a decade before. Will a war and a cache of regrets keep them apart? Or will a new shared vision reunite them?*****It is 1755, and the threat of war with France looms over colonial York, Virginia. Chocolatier Esmée Shaw is fighting her own battle of the heart. Having reached her twenty-eighth birthday, she is reconciled to life alone after a decade-old failed love affair from which she's never quite recovered. But she longs to find something worthwhile to do with her life.
Captain Henri Lennox has returned to port after a lengthy absence, intent on completing the lighthouse in the dangerous Chesapeake Bay, a dream he once shared with Esmée. But when the colonial government asks him to lead a secret naval expedition against the French, his future is plunged into uncertainty.

Will a war and a cache of regrets keep them apart, or can their shared vision and dedication to the colonial cause heal the wounds of the past? Bestselling and award-winning author Laura Frantz whisks you away to a time fraught with peril--on the sea and in the heart--in this redemptive, romantic story. 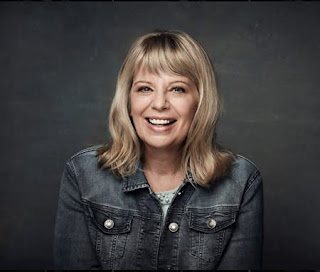 Christy Award-winning author, Laura Frantz, is passionate about all things historical, particularly the 18th-century, and writes her manuscripts in longhand first. Her stories often incorporate Scottish themes that reflect her family heritage. She is a direct descendant of George Hume, Wedderburn Castle, Berwickshire, Scotland, who was exiled to the American colonies for his role in the Jacobite Rebellion of 1715, settled in Virginia, and is credited with teaching George Washington surveying in the years 1748-1750. Proud of her heritage, she is also a Daughter of the American Revolution. When not at home in Kentucky, she and her husband live in Washington State.

*Subscribe to Laura's seasonal newsletter and receive new release information, news about contests, giveaways, and reader events, sneak peaks and teasers, signings and appearances, and more! To subscribe, copy and paste this into your browser's address window:

This was such an enjoyable read, and it quickly became a page turner! What an amazing job the author did writing this, you never see what is coming around the next corner.

We are gifted with a romance that has been broken, a family that is there for each other, then we throw in pirates! There is sadly a pandemic and few are exempt.

I loved how the main character has such heart for her fellow, less fortunate, man. She goes above and beyond, and we walk in her shoes.

This read has a great conclusion, you don't want to miss, especially, the grieving widow!

I received this book through the Publisher Revell, and was not required to give a positive review.