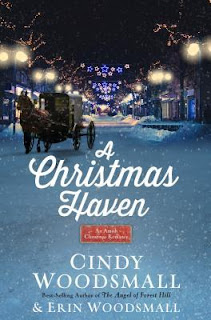 For fans of holiday romances and Amish life comes a new Christmas tale of surprising expectations and discovering miracles.

Old Order Amish Ivy Zook is wrestling with her need to shed her community's ways so she can grow the business of her dreams: planning parties. As long as she's stuck living without modernization, she can barely get her business on its feet. But if she leaves too soon, she'd cause trouble for her sister, Holly, who is planning her wedding to Joshua Smucker. All of their plans become twice as complicated when an old car crashes into the storefront of Greene's Pharmacy, carrying a Swartzentruber (ultra-conservative sect) Amish man, Arlan, and his very ill sister.

The Zooks take in Arlan and Madga, tending to the woman's illness and Arlan begins helping around the family farm. Ivy and Arlan are on different tracks, one wanting to leave her community and the other to return to his. But both young people are trying to discover what God has in store for their futures and what miracles might lie around the corner this Christmas season. 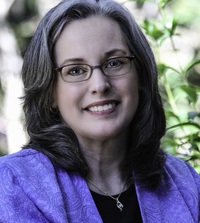 Her real-life connections with Amish Mennonite and Old Order Amish families enrich her novels with authenticity. Though she didn’t realize it at the time, seeds were sown years ago that began preparing Cindy to write these books. At the age of ten, while living in the dairy country of Maryland, she became best friends with Luann, a Plain Mennonite girl. Luann, like all the females in her family, wore the prayer Kapp and cape dresses. Her parents didn’t allow television or radios, and many other modern conveniences were frowned upon. During the numerous times Luann came to Cindy’s house to spend the night, her rules came with her and the two were careful to obey them—afraid that if they didn’t, the adults would end their friendship. Although the rules were much easier to keep when they spent the night at Luann’s because her family didn’t own any of the forbidden items, both sets of parents were uncomfortable with the relationship and a small infraction of any kind would have been enough reason for the parents to end the relationship. While navigating around the adults’ disapproval and the obstacles in each other’s lifestyle, the two girls bonded in true friendship that lasted into their teen years, until Cindy’s family moved to another region of the US.

As an adult, Cindy became friends with a wonderful Old Order Amish family who opened their home to her. Although the two women, Miriam and Cindy, live seven hundred miles apart geographically, and a century apart by customs, when they come together they never lack for commonality, laughter, and dreams of what only God can accomplish through His children. Over the years Cindy has continued to make wonderful friendships with those inside the Amish and Mennonite communities—from the most conservative ones to the most liberal.

Cindy and her husband reside near the foothills of the North Georgia Mountains in their now empty nest. 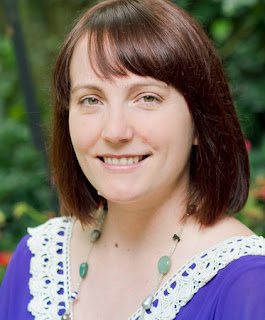 ERIN WOODSMALL is a writer, musician, wife, and mom of three. She has edited, brainstormed, and researched books with Cindy for almost a decade.

I enjoyed this second book in this series, and love being updated in the lives of the previous characters, and now moving on with some of the other folks me met in Christmas Remedy, and note that they can stand alone, but love having read both.
We meet a young man willing to sacrifice all he has for the love and care of his sister, and an Amish woman who feels the grass is greener on the other side of the fence.
The author treats us to some information about different groups of the Amish religion, and with this story we see some of what it is like to be a member of the strictest sect, Swartzentruber.
Most of all I so enjoyed the epilogue, we get to know the future after the books conclusion.

I received this book through Net Galley and the Publisher Waterbrook, and was not required to give a positive review.