Made for the Journey: One Missionary's First Year in the Jungles of Ecuador by Elisabeth Elliot, Kay Warren 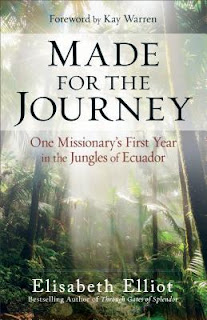 In her first year as a missionary to a small group of native women in the Ecuadorian jungle, Elisabeth Elliot faced physical and spiritual trials. In Made for the Journey, Elliot captures the mysteries and stark realities surrounding the colorful and primitive world in which she ministered. More than just a recounting of her early days, this is a beautifully crafted and deeply personal reflection on the important questions of life and a remarkable testimony to authentic Christian obedience to God. 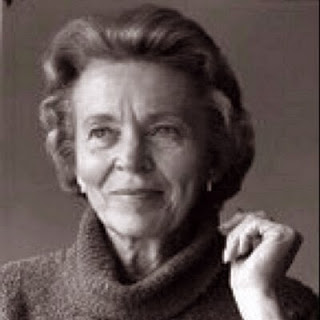 Elisabeth Elliot (née Howard; December 21, 1926 – June 15, 2015) was a Christian author and speaker. Her first husband, Jim Elliot, was killed in 1956 while attempting to make missionary contact with the Auca (now known as Huaorani; also rendered as Waorani or Waodani) of eastern Ecuador. She later spent two years as a missionary to the tribe members who killed her husband. Returning to the United States after many years in South America, she became widely known as the author of over twenty books and as a speaker. Elliot toured the country, sharing her knowledge and experience, well into her seventies.

In this book by beloved missionary Elisabeth Elliot we get to walk in her shoes as she first experiences Ecuador for the first time, and she makes you feel like we are there with her.
We soon see all we take for granted, from running water to a meal, and not getting dry to living with creepy crawlies. From having a church service to competing with another church, you would never think that would happen.
All the while I’m reading I could see God’s hand on her life, and sweet but hard time, but a real page turner for me.

I received this book through Revel Reads, and was not required to give a positive review.