Legacy of Mercy (Waves of Mercy #2) by Lynn Austin 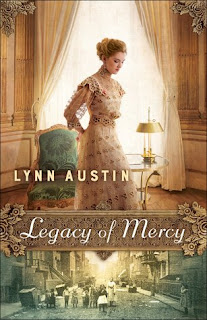 Having returned to Chicago, young socialite Anna Nicholson can't seem to focus on her upcoming marriage. The new information she's learned about her birth mother continues to pull at her, and she hires Pinkerton detectives to help her find the truth. But as she meets people who once knew her mother and hears stories about the past, Anna soon discovers that some secrets are better left hidden.

At the same time, unflattering stories about Anna are leaked by someone who would love to see her disgraced and her engagement broken. And as Anna tries to share her faith with her society friends, she understands that her choice to seek God's purpose for her life isn't as simple as she had hoped.

When things are at their darkest, Anna knows she can turn to her grandmother, Geesje de Jonge, back in Holland, Michigan. Geesje's been helping new Dutch immigrants, including a teen with a haunted past, adjust to America. She only hopes that her wisdom can help all these young people through the turmoil they face. 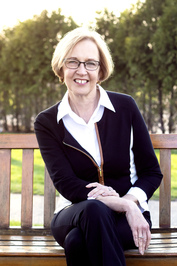 I’m often asked if I’ve always wanted to be a writer. The short answer is, “No.” I was never the type of kid who always had her nose in a book or who wrote stories in her journal every night by lamplight. I was too busy living in my imagination all day like the little boy with the stuffed tiger in the cartoon “Calvin and Hobbes.” I would imagine wild, dramatic stories wherever I went.
After attending Hope College in Holland, Michigan for three years, I married my husband Ken, and completed my degree in psychology at Southern Connecticut State University. Then we set off on a real-life adventure, living in Bogota, Colombia for two years where I taught 4th grade in a Colombian school and Ken performed in the symphony orchestra. With no TV and plenty of time to read, I became an avid reader for the first time in my life. That’s when I began to dream of writing the kind of books I loved—books that made me laugh, made me cry, and made me think.
The demands of our growing family postponed my writing career until Ken’s work took us to Thunder Bay, Ontario, and later to Winnipeg, Manitoba. It was during those long Canadian winters at home with my children that I finally started carving out a few hours of writing time each day while they napped. The moment I started writing, I discovered how much fun it was to use my imagination again and create wonderful characters and stories. I was hooked! As my children grew, I returned to teaching and learned to squeeze in writing time amid the busyness of family life. For eleven years, I studied how to craft good fiction, and endured all the ups and downs of trying to get published. My first novel was finally published in 1995—and it was the same book I had started writing during naptime: Gods and Kings. It evolved into a five-book series, Chronicles of the Kings.
While researching this series, I had a chance to pursue one of my “bucket list” dreams, volunteering on an archaeological dig. My son Joshua and I traveled to Israel during the summer of 1989 to take part in a month-long dig at the ancient city of Timnah. This experience not only provided background information for the Chronicles, it also inspired my novel Wings of Refuge.
In 1992 I decided it was time to resign from teaching to write full-time. Since then I’ve published twenty-three novels and one non-fiction book, Pilgrimage: My Journey to a Deeper Faith in the Land Where Jesus Walked. Eight of my novels have won Christy Awards for excellence in Christian Fiction, and I was honored to be named to the Christy Award Hall of Fame in 2013. Fire by Night was one of only five inspirational novels chosen by Library Journal for their top picks of 2003, and All She Ever Wanted was chosen as one of the five inspirational top picks of 2005. My novel Hidden Places has been made into a movie for the Hallmark Channel, starring actress Shirley Jones. She received a 2006 Emmy Award nomination for her portrayal of Aunt Batty in the film.
Our children are now grown and I’m experiencing the joy of grandchildren. Ken and I live in Western Michigan where the woods and beaches of Lake Michigan inspire me every day.

As I was reading this I realized that this was the second book in this series and I had not read the first one, that being said, I was not lost, enough information was given that I was able to enjoy this read.
Through the author’s pen we are given an insight into the Word of God and how it applies to everyday life, and we soon see how hard it is for the rich to give up and follow.
Yes, this is a different time, but it could apply to today, and as I was reading this story we put faces on those with much and those who readily share all that they have. Opulence in excess, and then poverty that makes you want to turn you head, but not your heart.
I found myself wanting get to the end of this book, for answers, but not wanting to leave, and now wanting to spend more time with these characters,