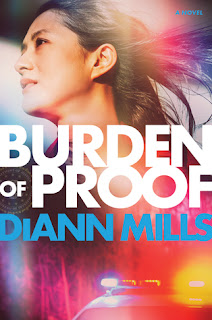 Reeling from a negotiation gone wrong, FBI Special Agent April Ramos is caught off guard when a frazzled young woman shoves a crying baby into her arms, then disappears. Worry for the child's safety quickly turns to fear when a man claiming to be the girl's father abducts them at gunpoint. April puts her hostage negotiation skills to use to learn more about who she's dealing with: Jason Snyder, a fugitive accused of murder.

As Jason spins a tall tale about being framed for the killing of his business partner, April must sort through his claims to find the truth. A truth that becomes all the more evident after April overhears a conversation between Jason and the local sheriff and realizes something more sinister may be happening in their small town of Sweet Briar, Texas. But aligning herself with a known fugitive to uncover the burden of proof could cost April her job . . . or worse, her life and the lives of other innocent people. 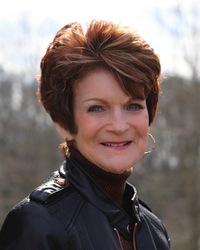 DiAnn Mills is a bestselling author who believes her readers should expect an adventure. She combines unforgettable characters with unpredictable plots to create action-packed, suspense-filled novels.

Her titles have appeared on the CBA and ECPA bestseller lists; won two Christy Awards; and been finalists for the RITA, Daphne du Maurier, Inspirational Reader's Choice, and Carol Award contests. Firewall, the first book in her Houston: FBI series, was listed by Library Journal as one of the best Christian fiction books of 2014.

DiAnn has been termed a coffee snob and roasts her own coffee beans. She's an avid reader, loves to cook, and believes her grandchildren are the smartest kids in the universe.

DiAnn is very active online and would love to connect with readers on any of the following social media platforms or others listed at diannmills.com.

Once you turn the first page this book is going to pull you in and keep you right to the end, there is non-stop action, and we don’t know who will survive to the end.
Blew my mind how this all turned out and I never saw it coming, the book is full of surprises, and not all good ones.
A don’t miss mystery with some clean romance, and hope for the future.

I received this book through Net Galley and the Publisher Tyndale House, and was not required to give a positive review.