The Summer Wives by Beatriz Williams 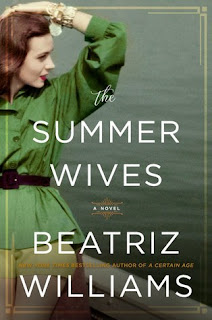 In the summer of 1951, Miranda Schuyler arrives on elite, secretive Winthrop Island in Long Island Sound as a naive eighteen year old, still reeling from the loss of her father in the Second World War. Although a graduate of the exclusive Foxcroft Academy in Virginia, Miranda has always lived on the margins of high society. When her beautiful mother marries Hugh Fisher, whose summer house on Winthrop overlooks the famous lighthouse, Miranda is catapulted into a heady new world of pedigrees and cocktails, status and swimming pools. Isobel Fisher, Miranda’s new stepsister—all long legs and world-weary bravado, engaged to a wealthy Island scion—is eager to draw Miranda into the arcane customs of Winthrop society.

But beneath the Island’s patrician surface, there are really two clans--the summer families with their steadfast ways and quiet obsessions, and the working class of Portuguese fishermen and domestic workers who earn their living on the water and in the laundries of the summer houses. Uneasy among Isobel's privileged friends, Miranda finds herself drawn to Joseph Vargas, whose father keeps the lighthouse with his mysterious wife. In summer, Joseph helps his father in the lobster boats, but in the autumn he returns to Brown University, where he's determined to make something of himself. Since childhood, Joseph has enjoyed an intense, complex friendship with Isobel Fisher, and has a catastrophe that will shatter Winthrop’s hard-won tranquility and banish Miranda from the Island for nearly two decades.

Now, in the summer of 1969, Miranda returns at last, as a renowned Shakespearean actress hiding a terrible heartbreak. On its surface, the Island remains the same--determined to keep the outside world from its shores, fiercely loyal to those who belong. But the formerly powerful Fisher family is a shadow of itself, and Joseph Vargas has recently escaped the prison where he was incarcerated for the murder of Miranda’s stepfather eighteen years earlier. What’s more, Miranda herself is no longer a naive teenager, and she begins a fierce, inexorable quest for justice to the man she once loved . . . even if it means uncovering every last one of the secrets that bind together the families of Winthrop Island. 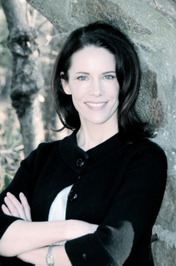 Beatriz Williams is the New York Times bestselling author of A Hundred Summers, The Secret Life of Violet Grant, Along the Infinite Sea, A Certain Age, and several other works of historical fiction. A graduate of Stanford University with an MBA in Finance from Columbia University, Beatriz worked as a communications and corporate strategy consultant in New York and London before she turned her attention to writing novels that combine her passion for history with an obsessive devotion to voice and characterization. Beatriz’s books have won numerous awards, have been translated into more than a dozen languages, and appear regularly in bestseller lists around the world.
Born in Seattle, Washington, Beatriz now lives near the Connecticut shore with her husband and four children, where she divides her time between writing and laundry.

The setting for this book is a little known exclusive island off the coast of Long Island, and the story spans decades there.
The author shows us both sides of the people that live here, the wealthy summer residents, and the immigrant Portuguese’s, mainly the businesses and help.
Be ready for a bit of mystery, murder, and how the population here is related to one another. There are several bombshells dropped, some of which I saw coming, but others are complete surprises. I guess, when the final facts come to light they do make sense.
You will be quickly page turning to find all the facts here, but when the last page is turned there is a feeling of loss and a want for more.

I received this book through Edelweiss and the Publisher William Morrow, and was not required to give a positive review.