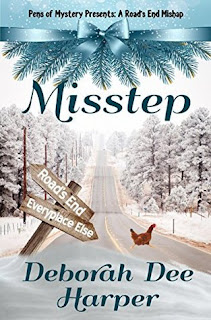 Winnie and Sadie are still fighting, and I'm still living in the strangest town on earth.

It’s December in Road’s End, Virginia, a tiny town long forgotten by anyone but its residents, where Colonel Hugh Foster and his wife, Melanie, have chosen to live—for better or worse. The jury’s still out on that one!

Road’s End is comprised entirely of senior citizens whose kids have grown and left for greener pastures. Hugh, Melanie, and Bristol (one of the few sane people in town) are faced with a crumbling church in desperate need of repair and renovation, a dwindling congregation of opinionated, ornery senior citizens, and a camel—yes, a camel. And if that's not enough, the trio and the rest of the Road's End residents, are soon mired in danger and intrigue when a group of gun-toting drug dealers arrive in town, bent on killing the church handyman, and conspiring to ruin the doggonedest record-breaking blizzard the town has ever seen. 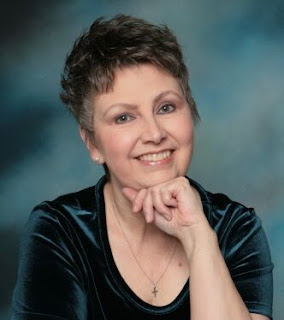 Deborah Dee Harper writes from Murfreesboro, Tennessee, and specializes in humorous, inspirational Christian books for both children and adults. Her novel, Misstep, is the first book in her Road’s End series for adults [although Children are welcome to read them as well]. She’s also written a children’s adventure series, Laramie on the Lam, that is inspirational, humorous, and full of fun. [Many of Laramie’s fans are adults!]

This story is a serious happening that made me chuckle, and reflect, and felt like we stepped back a century.
The story takes place mainly during a horrible blizzard, and we are in Virginia, where the majority of our residents in this quaint little town are elderly, and you guessed it have known one another for seventy plus years.
Surprises abound when the new, yes very new, minister and his wife take in a good share of this town during the storm. The bad guys sure have picked the wrong town to do their business in, and just when you think the story has ended, nope there is a lot more.
This book entertains from beginning to end, and most of it you won’t see coming.

I received this book through Celebrate Lit, and was not required to give a positive review.
at July 02, 2018