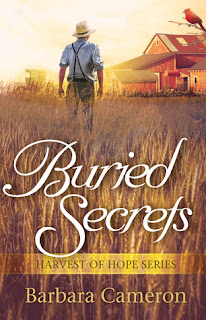 After her husband dies, Rose longs to be near her family—especially her twin sister, Lillian—so she packs up her young son and leaves their life in Ohio to move back to Paradise, Pennsylvania.

Luke Miller is ready to settle down in Paradise. He soon forms a partnership with Rose to help farm her land. He finds that he’s enjoying the company of the quiet, modest widow and she may be just the woman he’s been waiting for. But is Rose hiding a secret beneath her reserved exterior—one that could keep her from having a future with Luke?

And Rose isn’t the only one concealing something. Luke has a secret of his own, and it could threaten their partnership—and their chance at love. 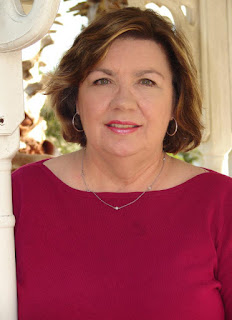 I’m the author of many fiction and nonfiction books, three nationally televised movies (HBO-Cinemax), as well as the first winner of the Romance Writers of America Golden Heart. Library journal recently called me “a gifted storyteller.”
​
Four Amish series have been published by Abingdon Press (Quilts of Lancaster County, Stitches in Time, and Amish Roads. The Coming Home series.) Twice Blessed, a two novella collection, came out in December, 2015, for a total of fifteen books sold to Abingdon Press.
​
Harvest of Hope is a new three book series to be published by Gilead Publishing in 2017.
​
An Amish Christmas and An Amish Gathering, two romantic Amish novella collections co-authored with Beth Wiseman and Kathleen Fuller were published by Thomas Nelson and appeared on Christian bestseller lists. I’ve also published romances in the past (ABA market) with Harlequin Temptation, Silhouette Desire, Dell Ecstasy, and Pioneer Communications (novelization of “Days of Our Lives,” a daytime soap).
​
Non-fiction titles include Adams Media’s101 Ways to Save Money on Your Wedding, just out. Other books are Adam’s Media’s About.com Guide to Home Decorating (by Coral Nafie with Barbara Cameron), and two editions of The Everything Wedding Budget Book. I am also the author of Everything Robert’s Rules of Order (using pseudonym Barbara Campbell). The Everything Wedding Budget Book was my first for Adams Media. I’m a contributor to I Have a Life! wedding book (Adams Media).
​
Three of my fiction stories were made into HBO/Cinemax movies. Romantic Times Magazine called Garnet Princess their favorite of the series.
​
Reviews of books and films have been excellent, receiving scores of 4 and 4.5 from RT Book Reviews. One True Path, the third book in the Amish Roads series hit #4 on the CBA bestseller list the month it was published. My first ABA book, The Metal Mistress, (Dell Ecstasy) was a finalist for an RWA Golden Medallion. An Affair to Remember (Dell Ecstasy) was a #2 Waldenbooks Romance bestseller. Affair was also named to Melinda Helfer’s Recommended Reading List in How to Write a Romance and Get It Published by Kathryn Falk of Romantic Times Magazine.
​
I’ve also taught workshops and creative writing classes at national writing conferences as well as locally. In addition, I’ve also worked as a public relations consultant. Currently I teach English and business communication online at an adjunct for a major aviation, aerospace, and engineering university and in the past,I taught English and journalism at a high school.

Why I write Amish series: I’ve been intrigued by the Amish and feel I’ve learned a lot about spirituality and God’s will in our lives since I first visited Lancaster, Pennsylvania. I’ve returned there often since then to visit friends. An Old Order Amish friend reads my manuscripts to check for authenticity before publication. 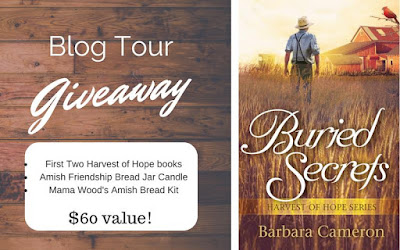 The author has given us a story about a woman who is not ready to really move on in her life after losing her young husband. She does make a slight move of moving on by leaving her husband’s Ohio community and settling in Paradise Pennsylvania, moving into her deceased parents’ home.
Then we have a young man who willingly moved to another area to help his cousin and his family. His brother will inherit his family’s farm, so he is looking to buy one.
So, what do these two have in common, being Amish for one, both a single, she has a four-year-old son he seems to adore, but will she be willing to move on?
We become immersed in these people’s lives, and you will be surprised as bombshells are dropped, and continue right to the end.
While I would have liked an epilogue, and a bit more finish on the story, all in all, I did like the read.

I received this book through the Publisher Gilead, and was not required to give a positive review.