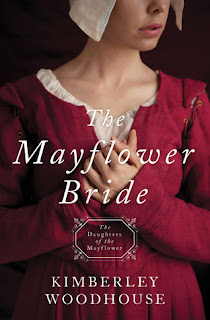 A New Series Begins for Lovers of History, Adventure, Romance, and Ancestry
A brand new series for fans of all things related to history, romance, adventure, faith, and family trees.

Mary Chapman boards the Speedwell in 1620 as a Separatist seeking a better life in the New World. William Lytton embarks on the Mayflower as a carpenter looking for opportunities to succeed—and he may have found one when a man from the Virginia Company offers William a hefty sum to keep a stealth eye on company interests in the new colony. The season is far too late for good sailing and storms rage, but reaching land is no better as food is scarce and the people are weak. Will Mary survive to face the spring planting and unknown natives? Will William be branded a traitor and expelled?

Join the adventure as the Daughters of the Mayflower series begins with The Mayflower Bride by Kimberley Woodhouse.

More to come in the Daughters of the Mayflower series:
The Pirate Bride by Kathleen Y’Barbo - set 1725 New Orleans (coming April 2018)
The Captured Bride by Michelle Griep - set 1760 during the French and Indian War (coming June 2018) 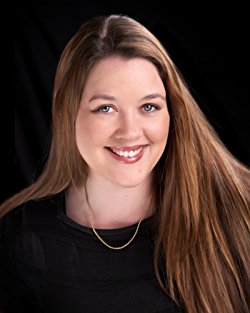 Kim is a devoted wife and mother, and a third generation Liszt student. She has passed down her love of the arts to hundreds of students over the years, recorded three albums, and appeared at over 700 venues.

Her quick wit, enthusiasm, and positive outlook through difficult circumstances have gained her audiences at conferences, retreats, churches, military functions, and seminars all over the country.

The Woodhouse family’s story has been on the front page of newspapers, in magazines, articles, medical journals, and most recently featured on ABC’s Extreme Makeover: Home Edition. They were also asked to share their story on The Montel Williams Show and Discovery Health Channel’s Mystery ER.

Kim has been writing seriously for fifteen years. Songs, plays, short stories, novels, picture books, articles, newsletters – you name it – she’s written it. It wasn’t until a dear friend challenged her to “do something with it”, that she pursued publication. She now has multiple books to her credit, with more on the way.

Kim lives, writes, and homeschools in Colorado with her husband and their two children in a truly “Extreme” home.

Putting faces to the story that we have known about forever, or at least we thought we did, this sure was not an easy ride, and from the beginning with three tries to leave England, we commence on the long journey,
When I first considered reading this book, I remembered that Priscilla Mullens and John Alden are my children’s ancestors from my husband’s side of the family. So, I tried to make this personal as to what it felt like on that life changing move.
Such struggles, and with so much death, you realize how very brave these people were, they struggled before they got on the ship because of their strong Christian beliefs, and then suffered immensely on the voyage.
There is a sweet romance here, along with a bit of espionage, but these people live their faith, and I found myself walking in their shoes. I loved putting faces to these historical people and walking in their shoes through the eyes of author.
Once I started the pages flew, and when finished I am now waiting for the next book in this series.

I received this book through the Barbour Reviewer Program, and was not required to give a positive review.