Never Coming Back by Alison McGhee 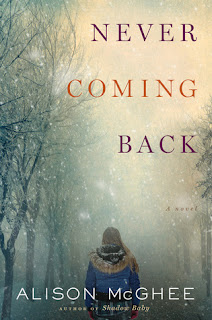 When Clara Winter left her rural Adirondack Mountain town for college, she never looked back. Her mother, Tamar, a fiercely independent but loving woman who raised Clara on her own, all but pushed her out the door, forcing Clara to build a new life for herself, far from her roots, far from her high school boyfriend, far from the life she has always known.

Now more than a decade has passed, and Clara, a successful writer, has been summoned home. Tamar has become increasingly forgetful and can no longer live on her own. But just as her mother’s memory is beginning to slip away, Clara’s questions are building. Why was Tamar so insistent that Clara leave home all those years ago? Just what secrets was she hiding? If Clara, too, carries inside her the gene for early-onset Alzheimer’s, what does that mean for her own future?

With great tenderness and humanity, Alison McGhee tells the story of a young woman finding her way in life, determined to know her mother—and by extension herself—before it's too late. 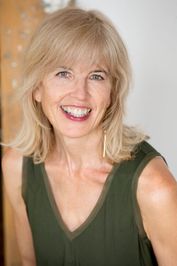 Alison McGhee writes novels, picture books, poems, and essays for all ages, including the forthcoming novel Never Coming Back (out in October 2017) and the #1 NEW YORK TIMES bestseller SOMEDAY, illustrated by Peter H. Reynolds. Her work has been translated into more than 20 languages. She lives in Minneapolis, California and Vermont.

With this read we delve into the relationship of a mother and a daughter, and with this bond, it has always been just the two of them.
Loosing a parent is never easy, but watching your parent die mentally little by little is very heart wrenching.  The main character here is Clara and we watch her grow and learn about her mother Tamara, and it comes after her mother has entered an assisted living at 49.
This story makes you realize that each day is not a given, and we see Clara trying to make sense of what has happened, and wishing she could ask those questions that only a mother would know. Then with the Alzheimer’s diagnosis there is the question of carrying the gene, a lot to deal with.
One of the reasons I read this book was it takes place near where I live, I have traveled many of these roads and visited a lot of these places.
I received this book through Edelweiss and the Houghton Mifflin Harcourt, and was not required to give a positive review.