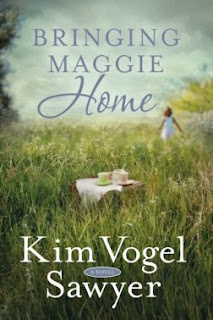 Decades of loss, an unsolved mystery, and a rift spanning three generations
Hazel DeFord is a woman haunted by her past. While berry picking in a blackberry thicket in 1943, ten-year old Hazel momentarily turns her back on her three-year old sister Maggie and the young girl disappears.
Almost seventy years later, the mystery remains unsolved and the secret guilt Hazel carries has alienated her from her daughter Diane, who can’t understand her mother’s overprotectiveness and near paranoia. While Diane resents her mother’s inexplicable eccentricities, her daughter Meghan—a cold case agent—cherishes her grandmother’s lavish attention and affection.
When a traffic accident forces Meghan to take a six-week leave-of-absence to recover, all three generations of DeFord women find themselves unexpectedly under the same roof. Meghan knows she will have to act as a mediator between the two headstrong and contentious women. But when they uncover Hazel’s painful secret, will Meghan also be able to use her investigative prowess to solve the family mystery and help both women recover all that’s been lost? 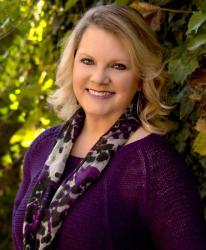 Kim Vogel Sawyer is a highly acclaimed, best-selling author with more than one million books in print, in several different languages. Her titles have earned numerous accolades including the ACFW Carol Award, the Inspirational Readers Choice Award, and the Gayle Wilson Award of Excellence. Kim lives in central Kansas with her retired military husband Don, where she continues to write gentle stories of hope and redemption. She enjoys spending time with her three daughters and grandchildren.
Find out more about Kim at http://www.kimvogelsawyer.com/.

What a powerful page turning read, one that started so innocently with a berry picking trip, a trip that dictates the rest of their lives.
The Author has us walking in three different women’s shoes, Grandmother, Mother, and Daughter, and how one act affects each one through decades, and actually forms the person they are now.
Loved how faith played a part in this story, and could picture how the relationships of these relatives have evolved. The story itself is heartbreaking, and makes you think, yes it could have happened.
Can you imagine the guilt that the young ten-year-old Hazel Mae felt, and then her parents, that allowed the ten year old to have the responsibility of watching a three year old? Heart breaking as to what happens to this family, and shows that the things we say and do to the child form the adult they become.
You really don’t want to miss this one; it will keep you awake long into the night, and wonder how lives can be put back together.
I received this book through Litfuse Publicity Book Tours, and was not required to give a positive review.