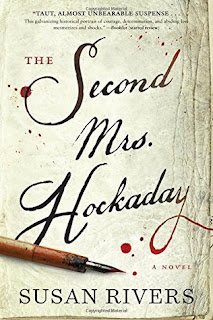 “All I had known for certain when I came around the hen house that first evening in July and saw my husband trudging into the yard after lifetimes spent away from us, a borrowed bag in his hand and the shadow of grief on his face, was that he had to be protected at all costs from knowing what had happened in his absence. I did not believe he could survive it.”

When Major Gryffth Hockaday is called to the front lines of the Civil War, his new bride is left to care for her husband’s three-hundred-acre farm and infant son. Placidia, a mere teenager herself living far from her family and completely unprepared to run a farm or raise a child, must endure the darkest days of the war on her own. By the time Major Hockaday returns two years later, Placidia is bound for jail, accused of having borne a child in his absence and murdering it. What really transpired in the two years he was away?

Inspired by a true incident, this saga conjures the era with uncanny immediacy. Amid the desperation of wartime, Placidia sees the social order of her Southern homeland unravel as her views on race and family are transformed. A love story, a story of racial divide, and a story of the South as it fell in the war, The Second Mrs. Hockaday reveals how that generation--and the next--began to see their world anew. 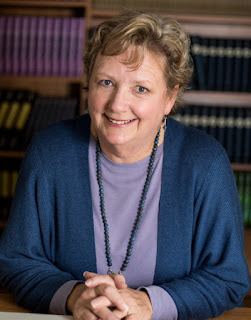 I began as a playwright, receiving the Julie Harris Playwriting Award and the New York Drama League Award, working as an NEA Writer-in-Residence in San Francisco, and being named as a finalist for the Susan Smith Blackburn Award for British and American Women Playwrights. I am a veteran of the Playwrights Festival at Sundance Institute for the Arts and the Eugene O'Neill Playwrights Conference and have crossed the country working on productions and workshops of my plays.
Fiction became my focus after starting my family and moving to the Carolinas in 1995.  I hold an MFA in Fiction-writing from Queens University of Charlotte in North Carolina and was awarded a Regional Artist Grant from the Arts and Sciences Council there.  Since 2009, my husband and I have made our home in a small town in South Carolina, where stray animals and stories are thick on the ground.  (None are turned away.)
I teach English at a university in the upstate region of South Carolina and value my daily interactions with bright young men and women crafting their own relationships with language, heading down their own uncharted paths.

It took me a few pages to get into this book, but once I did it quickly became a read that I couldn’t put down. We are soon walking in Palacidia’s shoes, and what a life this young girl led, and where she found the energy and courage to go on is amazing.
The book takes place in the South and during the Civil War, and more amazing it is based on a true story. While the text is mostly in the form of letters, and a diary, along with using the illustrations in books for paper, as it was scarce. We see the hardships these people faced, and meet slavery head on, and see it brutality and wonder why the fighting was going on.
When you see her in jail, and at one point you wonder if she is going to hang, and it kept me reading as fast as I could to get the answers. Such a powerful story, and one shows the other side of this horrible war, and yet we see the strong side of preservation in hard times.
I found myself rooting for her in both the good and bad times, what a great read, and I highly recommend it.
I received this book through Net Galley and the Publisher Algonquin Books, and was not required to give a positive review.