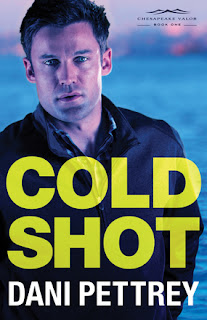 Four Best Friends.
And Then One Went Missing . . .
In college, Griffin McCray and his three best friends had their lives planned out. Griffin and Luke Gallagher would join the Baltimore Police Department, Declan Grey would head to the FBI, and Parker Mitchell would study to become a crime scene analyst. But then Luke vanished before graduation and their world--and friendships--crumbled.

Now years later, Griffin has left the police and his friendships behind. Still trying to forget a case that went bad when he was a SWAT team sniper, he's living a quiet life as a park ranger at Gettysburg. Quiet until skeletal remains are uncovered near Little Round Top--and they aren't Civil War-era.

Griffin just wants the case to go away, but charming forensic anthropologist Finley Scott discovers evidence pointing to the work of an expert sniper. When FBI agent Declan Grey steps in to take over the case, past and present collide. Griffin soon realizes he'll need to confront some of the darkest days of his life if he--and those he cares about--are going to escape a downward spiral of crime, danger, and murder. 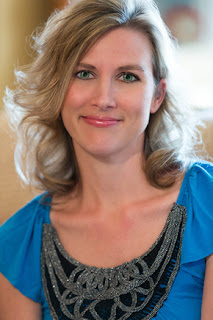 Dani Pettrey is a wife, home-schooling mom, and the acclaimed author of the Alaskan Courage romantic suspense series, which includes her bestselling novels Submerged, Shattered, Stranded, Silenced, and Sabotaged. Her books have been honored with the Daphne du Maurier award, two HOLT Medallions, two National Readers' Choice Awards, the Gail Wilson Award of Excellence, and Christian Retailing's Best Award, among others.

She feels blessed to write inspirational romantic suspense because it incorporates so many things she loves--the thrill of adventure, nail-biting suspense, the deepening of her characters' faith, and plenty of romance. She and her husband reside in Maryland, where they enjoy time with their two daughters, a son-in-law, and a super adorable grandson.
You can find her online at danipettrey.com.

Four best friends, but at this time it is only three, are called together when a body is found at Gettysburg National Park, and it is not from the Civil War.
Once the body is discovered, danger begins to follow all involved in identifying the victim, why? Well as we follow this dangerous trail the wake of bodies begin to pile up, and old relationships become strained.
I loved the fact that these individuals have a strong relationship with God and although it is hard, and human nature, they follow their faith.
There are such strong characters here, whether they are the good or bad guys, they all are talented in what they do. We do get a bit of romance here, and we meet Winston, a great character in his own right. Through out the book there is a person missing and he is mentioned several times, Luke, we all begin to miss him, and wonder where he has gone for this time, seven years. Kate has never given up on him and at the end there is a hope that he will be returned to this group.
I enjoyed how all of the characters worked so well together, and hope they all make it to the end of the book, the danger is so strong, and the evil comes from all over the world.
I cannot wait for the next book in this Chesapeake Valor series. Enjoy!
I received this book from the Publisher Bethany House, and was not required to give a positive review.