Another Forgotten Child by Cathy Glass 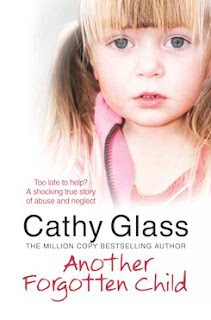 A new memoir from Sunday Times and New York Times bestselling author Cathy Glass. Eight-year-old Aimee was on the child protection register at birth. Her five older siblings were taken into care many years ago. So no one can understand why she was left at home to suffer for so long. It seems Aimee was forgotten. The social services are looking for a very experienced foster carer to look after Aimee and, when she reads the referral, Cathy understands why. Despite her reservations, Cathy agrees to Aimee on – there is something about her that reminds Cathy of Jodie (the subject of ‘Damaged’ and the most disturbed child Cathy has cared for), and reading the report instantly tugs at her heart strings. When she arrives, Aimee is angry. And she has every right to be. She has spent the first eight years of her life living with her drug-dependent mother in a flat that the social worker described as ‘not fit for human habitation’. Aimee is so grateful as she snuggles into her bed at Cathy’s house on the first night that it brings Cathy to tears. Aimee’s aggressive mother is constantly causing trouble at contact, and makes sweeping allegations against Cathy and her family in front of her daughter as well. It is a trying time for Cathy, and it makes it difficult for Aimee to settle. But as Aimee begins to trust Cathy, she starts to open up. And the more Cathy learns about Aimee’s life before she came into care, the more horrified she becomes. It’s clear that Aimee should have been rescued much sooner and as her journey seems to be coming to a happy end, Cathy can’t help but reflect on all the other ‘forgotten children’ that are still suffering. 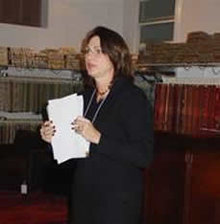 Cathy Glass is a bestselling British author, freelance writer and foster carer.
Her work is strongly identified with both the True Life Stories and Inspirational Memoirs genres, and she has also written a parenting guide to bringing up children, Happy Kids, and a novel, The Girl in the Mirror, based on a true story.
Glass has worked as a foster career for more than 20 years, during which time she has fostered more than 50 children. Her fostering memoirs tell the stories of some of the children who came in to her care, many of whom had suffered abuse.
The first title, Damaged, was number 1 in the Sunday Times bestsellers charts in hardback and paperback. Her next three titles, Hidden, Cut and The Saddest Girl in the World, were similarly successful, all reaching the bestseller charts.
The name "Cathy Glass" is a pseudonym. The author writes under a nom de plume due to the sensitive nature of her source material. The names of the children she writes about are likewise altered.

Such an eye opening read, and it reads very fast, and yet I felt I was standing next to Cathy the whole time. Being there from the first when Aimee arrives.
Cathy has such a kind and firm way about her, and I can see that God has given her such a gift and put her where she needs to be. Be sure to have a box of tissues handy, some unbelievable things come out...yet they aren't unbelievable, as evil does walk this earth.
This story takes place in England, but it sounds like here in the States, a child getting lost in the system. Happens way to often, no Child left behind...not true! I personally know of one, and the State she lives in wants the child to take care of the unfit Mother...no advocate for the Child.
Thank you Cathy for sharing your gifts, and then sharing them with us. May you be blessed!

I received this book through The Library Thing Early Reviewers Program, and was not required to give a positive review.
at February 24, 2013