Angie is awakened by a midnight call from an officer with the Boise Police Department and thinks there must be a misunderstanding. The officer tells her that her husband was involved in a shooting at a local bar, but how can that be when her husband is sleeping right next to her? But when she turns to wake him, he isn’t there. Tessa is the twenty-three-year-old bartender who escapes to a backroom storage closet during the shooting. When it comes to light that five people were killed, she is burdened with the question of why she survived. Joyce wakes up to a knock at her front door, a knock she assumes is her wayward son, Jed, who must have lost his keys. It’s not Jed though. Two police officers tell her that Jed is dead, shot at a bar. Then they deliver even worse news: “We have reason to believe your son was the shooter.” So begins the story of three women tied together by tragic fate?a wife trying to understand why her now-comatose husband was frequenting a bar in the middle of the night, the young woman whom her husband was apparently pursuing, and a mother who is forced to confront the reality of who her son was and who she is. 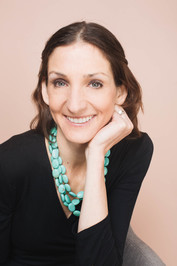 Kim lives in Southern California with her husband, daughter, and a collection of pets.

The aftermath of an irrational decision that affected others, yes, that is what happens in Boise. This is an audio book for me and is very well done.
We meet the survivors, and we get to know them, from the killer’s Mom to some of those killed family, and some survivors.
Really makes you think how you would handle something so horrendous if this happened to your loved one?
The author did a great job of keeping my attention, and she wrapped up this story with closure.
I received the audiobook through Net Galley and Dreamscape Media, and was not required to give a positive review.
at June 15, 2021