Death on Ocean Boulevard: Inside the Coronado Mansion Case by Caitlin Rother 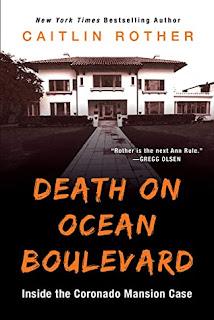 “[This] is one of the great crime mysteries of modern times. It took an author of Caitlin Rother’s caliber to bring it into sharp focus. A riveting read.”
—Gregg Olsen, #1 New York Times bestselling author

“I got a girl, hung herself in the guest house.”

The call came on the morning of July 13, 2011, from the historic Spreckels Mansion, a lavish beachfront property in Coronado, California, owned by pharmaceutical tycoon and multimillionaire Jonah Shacknai. When authorities arrived, they found the naked body of Jonah’s girlfriend, Rebecca Zahau, gagged, her ankles tied and her wrists bound behind her. Jonah’s brother, Adam, claimed to have found Rebecca hanging by a rope from the second-floor balcony. On a bedroom door in black paint were the cryptic words:

SHE SAVED HIM CAN YOU SAVE HER.

Was this scrawled message a suicide note or a killer’s taunt? Rebecca’s death came two days after Jonah’s six-year-old son, Max, took a devastating fall while in Rebecca’s care. Authorities deemed Rebecca’s death a suicide resulting from her guilt. But who would stage either a suicide ora murder in such a bizarre, elaborate way?

Award-winning investigative journalist Caitlin Rother weaves stunning new details into a personal yet objective examination of the sensational case. She explores its many layers—including the civil suit in which a jury found Adam Shacknai responsible for Rebecca’s death, and the San Diego County Sheriff’s Department bombshell decision to reconfirm its original findings. As compelling as it is troubling, this controversial real-life mystery is a classic American tragedy that evokes the same haunting fascination as the JonBenet Ramsey and O.J. Simpson cases.

“Rother’s meticulous journalism shines through in this authoritative account of the Rebecca Zahau death incident. If you think you know this case, think again. And read this book.”
—Katherine Ramsland, professor of forensic psychology and author of The Psychology of Death Investigations 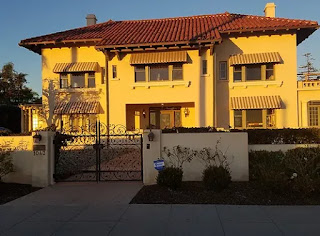 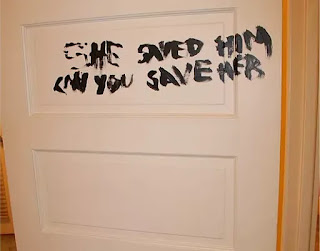 New York Times bestselling author Caitlin Rother has written or co-authored 14 books, ranging from narrative non-fiction crime to mystery and memoir. Her newest book is DEATH ON OCEAN BOULEVARD: Inside the Coronado Mansion Case (April 27, 2021). Her backlist includes HUNTING CHARLES MANSON; SECRETS, LIES, AND SHOELACES; LOVE GONE WRONG; DEAD RECKONING; THEN NO ONE CAN HAVE HER; I'LL TAKE CARE OF YOU; NAKED ADDICTION; POISONED LOVE; BODY PARTS; TWISTED TRIANGLE; LOST GIRLS; WHERE HOPE BEGINS and MY LIFE, DELETED. A Pulitzer Prize nominee, Rother worked as an investigative reporter at daily newspapers for 19 years before quitting the news biz in 2006 to write books full-time. Her journalism has been published in Cosmopolitan, the Los Angeles Times, The San Diego Union-Tribune, the Chicago Tribune, The Washington Post, The Boston Globe and The Daily Beast. She has done more than 200 appearances as a crime commentator on TV, radio and podcasts, ranging from "20/20," "People Magazine Investigates," "Nancy Grace," and "Crime Watch Daily," to shows on HLN, Oxygen Network, Investigation Discovery, C-SPAN, XM Radio and PBS affiliates. She also works as a writing-research-promotions coach and consultant.

I really was not familiar with this case, guess I missed the TV shows, and I live on the East Coast, and life got in the way! That being said, the author presented the case, actually, almost as it unfolded. We get to know more that those who read about it, or listen to news reports. What an excellent job the author did in presenting this.
Tragically, some facts may never be made know, and someone may get away with murder. I know reading this I was certain that I knew the answers, but with the help of Caitlin Rother we make headway, and find out about the trial. Even then, we have doubts, and keep reading!
I admire how much work the author put into this book, and at times she had to really fight to get this information, including being harassed!
I received this book through Net Galley and Kensington Publishing, and was not required to give a positive review.