A Dazzle of Diamonds (Georgia Coast Romance #3) by Liz Johnson 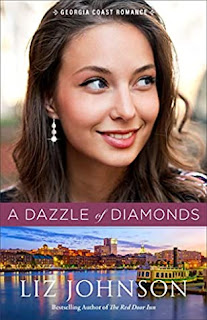 Penelope Hunter loves her job as the events manager at one of Savannah's premier historic venues--until her ex-fiancé walks into her office with his new bride-to-be. To make matters worse, a scheming social matriarch is intent on seeing Penelope fired, especially if she insists on being seen with Tucker Westbrook.

Since returning from serving two tours in the Middle East, Tucker has built a thriving security company. His work is nearly as stabilizing as his friendship with Penelope, who has been by his side since childhood. But when the lone candidate for county sheriff goads him, Tucker loses his cool and ends up on the ballot--and on the receiving end of a smear campaign claiming the Westbrooks were traitors to the South.

To clear his name, Tucker and Penelope must join forces to find the truth behind a 150-year-old lost treasure. But the more time they spend together, the closer she comes to losing her job--and falling helplessly in love. 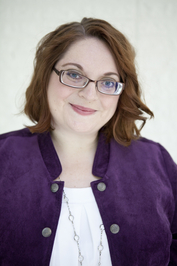 By day Liz Johnson is a marketing manager. She makes time to write late at night—that’s when she thinks best anyway. Liz is the author of more than a dozen novels, a New York Times bestselling novella, and a handful of short stories. She’s a Christy Award finalist and a two-time ACFW Carol Award finalist. She makes her home in Phoenix, Arizona, where she enjoys exploring local music, theater, and doting on her nieces and nephews. She writes stories of true love filled with heart, humor, and happily ever afters.

The title of this book resonates with me in more than one way, and as you read you will see what I am talking about. Sometimes we never see what is right in front of our eyes, and sadly we move in the wrong directions.
We are given a young woman Penelope with a lot of hurts, she had been hurt by the people she trusted the most, or most of them anyway. She has a best friend, Tucker, and they both are and have been there for one another most all of their lives, and once again they each have something they need and come together to help.
Will they wake up and see what is there? Will the scandal that is after Tucker's family be alleviated?
A delightful, page-turner!!
I received this book through Net Galley and Revell Books, and was not required to give a positive review.