The Outcast Girls by Shirley Dickson 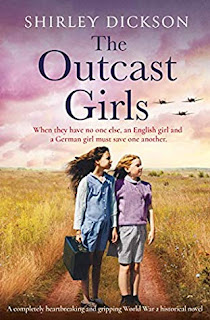 An utterly heartbreaking tale of two young girls, worlds apart, who are thrown together when they have lost everything. Fans of Wives of War, Before We Were Yours and Diney Costeloe will absolutely love this poignant and moving World War Two novel.

England, 1937: After a devastating childhood at Blakely Hall Orphanage, fifteen-year-old Sandra is released. She finds work as a housemaid, finally able to put her past behind her. But the start of World War Two throws the country into turmoil, and her brother Alf is sent away to fight, leaving her completely alone.

Germany, 1939: Eleven-year-old Frieda is about to board a ship bound for England with her brother, Kurt. Life at home is perilous, with synagogues set alight and innocent lives lost to the Nazis. They have no choice but to flee, with only their identity cards and a small suitcase. But at the last moment, as Frieda stands on the deck crammed with frightened children, she spots her brother jumping off, back to land.

England, 1943: Joining the Land Army, Sandra is sent to a farm in the remote countryside where she meets evacuee Frieda. The girls are grappling with their own tragedies – Sandra fretting over whether Alf, flying a bomber in the heavens, will see tomorrow, and Frieda distraught that Kurt abandoned her, uncertain whether he is alive.

Sandra and Frieda form a friendship that sees them through the darkest of days, but in times of war heartbreak is always just around the corner. Will the girls ever be reunited with their loved ones? And will the relationships they have fostered amidst the terror of war survive? 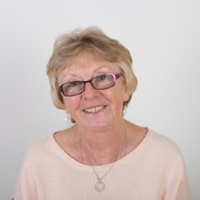 Shirley Dickson is the author of The Orphan Sisters, her debut novel.
She lives under the big skies of Northumberland with her husband, family and lucky black cat.

She wrote her first short story at the age of ten for a childrens' magazine competition. She didn't win but was hooked on writing for a lifetime.

For many years she wrote poetry and short stories and got many rejection slips.
Shirley decided to get serious about writing novels when she retired.

She signed with Bookouture in 2018 for a two-book deal. She has written two stirring World war two historical novels.
Shirley says she is a prime example of 'never give up on your dream.'

I was quickly absorbed in this read, and it soon became a page-turner.
We journey from Germany to England, from an evil permeating Europe to living as a refugee, and being bullied. Yes, kids will be kids, but I can’t imagine what this young girl was going through, and her family was in so much danger.
Enter a young woman, girl, who has spent most of her life in an orphanage, and then in service, but she has a bright spot in the cook in the home she works. Love how God puts people in your path, and both these young women receive this blessing.
The author gives us a chance to walk in each of these survivor’s shoes, and we get to really care about each of them.
I just wished that there had been an epilogue at the end, I wanted more information about Frieda’s family, but I did enjoy this story, saw how these people worked so hard on the home front!

I received this book through Net Galley and the Publisher Bookoutour, and was not required to give a positive review.