Cherry Cake and a Cadaver by Susan Boles 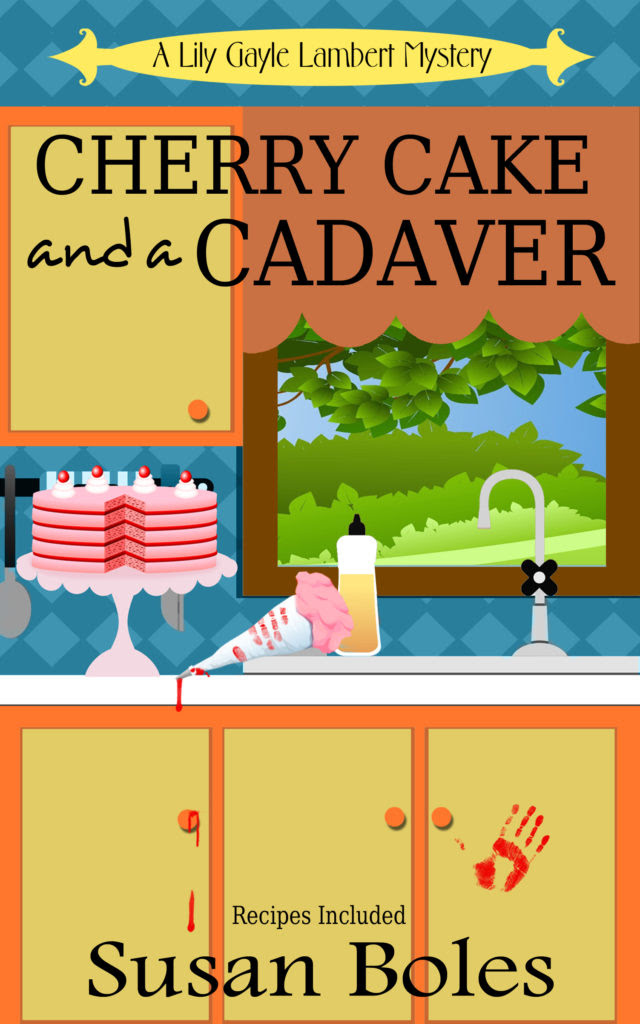 Lily Gayle and the gang set out to find a killer after local baker Luxen Natolovich is found dead hours before the grand opening weekend at the new Bed and Breakfast in town, Midnight Dragonfly. As Lily Gayle deciphers the clues around Luxen's death she uncovers a conspiracy of lies and half truths that could very well be tied to a refugee camp in Mississippi during World War II. The deeper Lily Gayle digs, the deeper the conspiracy runs, and the closer she comes to being the killer's next victim. 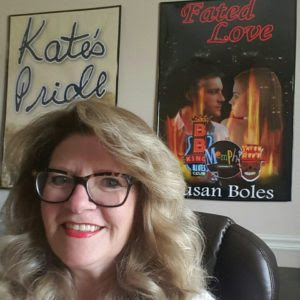 Susan calls McNairy County, TN her home ground even though she has moved away. It was here, at Bethel Springs Junior High School that she began her writing career with two friends. They formed their own little writers group that was so secret they were the only ones who knew it existed. She still has some of the stories they wrote carefully preserved in a loose leaf binder and tucked away for safety.
She has worked in retail management, briefly for the Census Bureau and for many years in the investment/insurance industry in the regulatory compliance arena. All of which are left brain activities. So she exercises her right brain activity with reading and writing…just to keep both sides even.
Reading has been a passion since she was very young. As a toddler, her mother read to her from her 'baby books' and her Mother tells a story about her holding one of them upside down and 'reading' by repeating the story verbatim from memory.
Death of a Wolfman is the first in the Lily Gayle Lambert mystery series. Her previously published romantic suspense novel, Fated Love, is a contemporary paranormal romantic suspense (with a twist of paranormal) set in Memphis, TN. Her first novel, Kate's Pride, is a historical women's fiction set in West Tennessee in the aftermath of the Civil War. The novel is loosely based on her own Great Grandmother and published under the pen name Renee Russell.
Life got in the way of writing for many years but now she's come back to her early love.

I enjoyed being in this quaint Mississippi town, and with Lily Gayle and her dear friends. Our girl begins to dig in places she shouldn’t be, when the local baker is found dead.
Our wannabe detective puts herself in danger, along with some of her friends, but she wants justice, or wants to know what has happened and why.
The book is a very fast read, almost two fast, and was at the end in no time, and yes there are answers, but I almost felt it went by so fast. I felt a little more time and the reason why they wanted what they wanted should have been spent. A real interesting fact of the refugee camp in Mississippi during World War II, I would love to know more about them and the life there, and how our young victim ended up here.
The premise of this story is so interesting and I enjoyed the read, just wanted a bit more.
I received this book through Great Escapes Book Tours and was not required to give a positive review.