In Plain View (Valley of Choice #2) by Olivia Newport 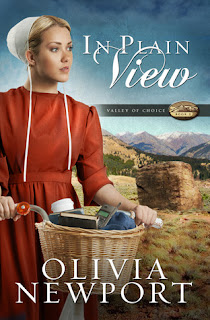 Annie’s quest for simplicity is about to get complicated. Nearly a year after leaving her successful but unsatisfying high-tech life, she wonders if she can truly succeed at being Amish. A lucrative job offer, a red dress, and the shadow of an Amish woman looking for a husband create a vortex that clouds Annie’s choice. Her parents seem determined to sabotage her efforts, and Rufus Beiler, an Amish carpenter who captured her heart, leaves room for doubt about their future. But when an explosion brings Annie under suspicion, can she clear her name and bring the future into plain view? 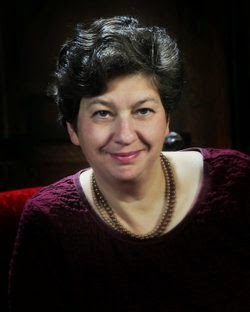 Olivia Newport's novels twist through time to find where faith and passions meet. She chases joy in Colorado, where daylilies grow as tall as she is. Her husband and two twenty-something children provide welcome distraction from the people stomping through her head on their way into her books.

The author has woven a story that takes place during several generations, and what makes it really special she has incorporated her own ancestor as a model for one of the characters. We are in present time Colorado in an Amish settlement and town, and we are also in the Pennsylvania area of colonial American during the Revolutionary times.
There are parallels and yet there are many differences, and surprisingly among the same family loyalties to British and others to the Patriots. Present day this story focus on a very successful businesswoman who now wants to embrace the Amish whole-heartedly. Wow she has earned mega bucks, and is ultra smart, but now she wants the peace that comes with being Amish. Is she doing this for a man she has found herself attracted to, or because she truly wants to be Amish?
I loved the road we travel with Annie and her journey, and her distant relative and her journey in early America. I almost felt that Annie was really returning to her roots, and thus closing a circle.
A read that will keep you page turning and wanting more as you reach the end, and there are more books in this series that you don’t want to miss.
I received this book through Net Galley and the Publisher Shiloh Run Press, and was not required to give a positive review.